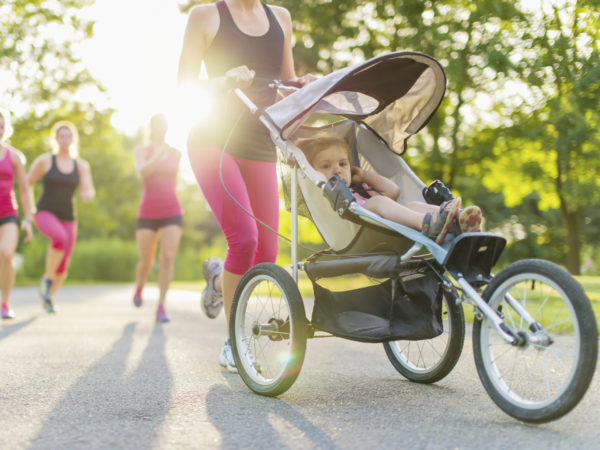 I agree with you. I find outdoor exercise to be much more enjoyable. First of all, you get better visual stimulation – particularly when you’re exercising in pleasant surroundings, such as in a park or the countryside. You also get the benefit of fresh air and sunshine, which always makes me feel more cheerful and energetic.

While there isn’t a lot of research on the differences between exercising indoors or outside, a few small studies suggest that you might get a better workout outdoors. Some investigations found that subjects expend more energy when running outdoors compared to covering the same “distance” on an indoor treadmill. The extra effort is explained by wind resistance and changes in terrain that you can encounter out-of-doors. One study showed that it was possible to compensate for terrain differences by setting the treadmill at a one percent elevation; however, there isn’t much you can do with a treadmill to simulate downhill running, which is another outdoor variable. Research also shows that cycling outdoors requires greater energy expenditure than logging the same mileage on a stationary bike in the gym. The difference here is wind drag. Interestingly, a study from the U.K. showed that there was little difference in cycling speed outdoors for short-stature cyclists, whereas taller ones went faster in the gym, where there was no wind drag against a bigger body surface.

Several investigators have noted that when asked to compare doing the same workout indoors and out, their subjects reported enjoying their outdoor exercise more. In one study, psychological evaluations afterwards showed that walking outside lead to more vitality, enthusiasm, pleasure and self-esteem and less tension, depression and fatigue than a jaunt indoors. A synopsis from the U.K. that analyzed data from a number of sources, including 11 randomized and non-randomized control trials involving a total of 833 adults, found that most of the data showed an improvement in mental well-being in those who exercised in natural environments. The researchers reported that outdoor exercise was associated with “greater feelings of revitalization, increased energy and positive engagement…(together with) decreases in tension, confusion, anger, and depression.” I’m not surprised. For many people, being active outdoors is just more pleasant than exercising in the stuffy air, noise, and competitive atmosphere of a gym.

Beyond exercise, just spending time in nature has measurable health benefits. It can lower levels of salivary cortisol, the hormone that rises when we’re under stress. It can also lower blood pressure and pulse rate and trigger a dramatic increase in the activity of natural killer (NK) cells, important components of our immune defenses against infection and cancer.