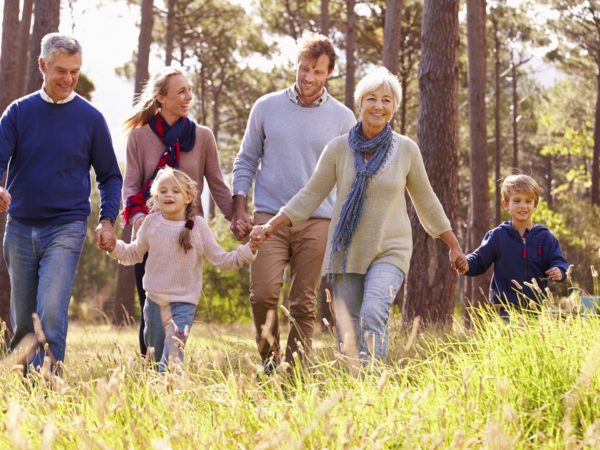 Actually, there may be. New research suggests that getting some exercise before eating a big holiday-type meal can be protective. Results of a small study published in the December 21, 2004 issue of the Journal of the American College of Cardiology showed that a long walk before a rich meal can reduce the potentially harmful effects of eating fatty foods on blood vessel function.

Earlier studies have shown that high-fat meals can temporarily elevate triglycerides and even impair the functioning of the endothelium, the lining of blood vessels.

Researchers at the University of Glasgow in Scotland tried two combinations of exercise and big meals to investigate the impact on triglyceride levels and blood vessel function. First, they asked the 20 men participating to walk on a treadmill at a moderate pace for 90 minutes before eating. The men then skipped exercise for a day and had another big meal (in both cases the food included whipped cream, chocolate and 80 grams of fat).

Blood vessel function declined after both fatty meals, but there was less of a decrease when the men exercised before eating. The researchers speculated that the exercise may have helped counter the effects of the meal by lowering blood fat levels and giving fat particles less of a chance to interact with blood vessel walls or by boosting blood flow, an effect that can last for hours.

Half the men in the study were obese and half were normal weight.

I wouldn’t use exercise to justify indulging in high-fat foods very often – as these results show, even when you put in 90 minutes on a treadmill, the effect on blood vessel function is still negative. If this happens too often, the long-term consequences for your cardiovascular system can’t be good. Enjoy a good walk before your holiday meal and then get back to healthy eating.