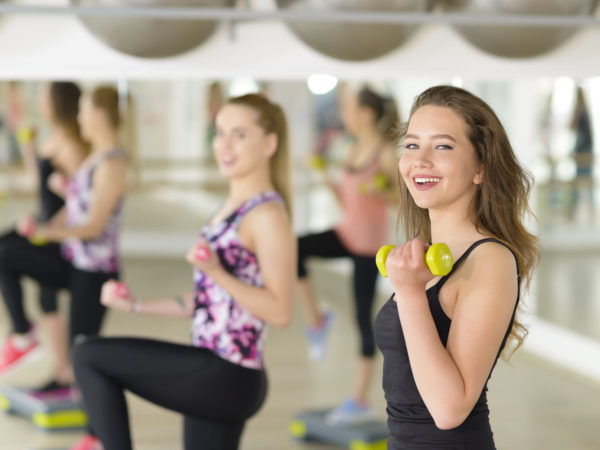 Conventional wisdom has held that you shouldn’t do aerobic exercise and strength training on the same day or at least not too close together. The reasoning has been that the aerobic exercise would reduce the benefits of strength training and vice versa. This supposed effect has been called “muscle interference” or “exercise antagonism,” but very little science supports it.

To examine the concept, Swedish researchers recruited a group of healthy, active males, primarily college students, who worked out regularly. For the study, the men first pedaled a stationary bike for 45 minutes, using only one leg; six hours later, they did four sets of seven leg extensions using both legs. Before and after each session, the researchers took muscle biopsies to look for cellular evidence of “muscle interference” in the leg that did the combination of aerobic and strength training exercises compared to the one that did only strength training. They found no such evidence. The study was published online on March 28, 2012 in the journal Medicine & Science in Sports & Exercise.

Canadian researchers at Ontario’s McMaster University have also looked at this issue.  They recruited sedentary middle-aged men who had done little or no exercise in the past year. The study was divided into three parts. For the first, the men rode stationary bikes for 40 minutes at a moderate pace. On another day, they did eight strenuous sets of leg extensions. During their last exercise session they did four sets of the leg extensions and then rode the bike for 20 minutes. Here, too, biopsies taken before and after each exercise session showed no muscle interference from the combination workout.

The study didn’t explore the long-term effects of same-day training, but the lead Canadian researcher told the New York Times that the effects of combining aerobic and strength training workouts should be the same as it was in the study and that there’s no reason to assume that any interference occurs. The Canadian study was published in the June, 2012 issue of the Journal of Applied Physiology. The upshot of these two studies is that it doesn’t matter whether you do aerobic exercise and strength training on the same day, whether you do aerobics first and strength training second or the other way around. Neither approach is going to diminish the results of your workout. Even better, the findings from the Canadian study suggest that you may be able to do half as much of each type of exercise during a single session and get the same payoff as if you did each type of exercise during separate workouts.