The Hubris of The Secret 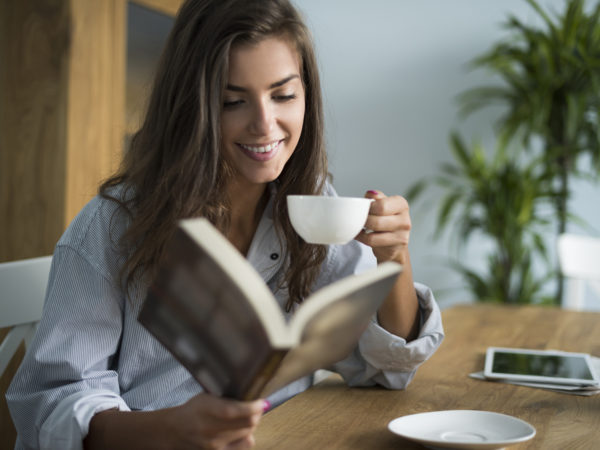 When I was diagnosed with cancer a few years ago, I was afraid to tell my New-Agey friends and acquaintances. Mainly, I was afraid they would say, “Why did you do that to yourself?” Not out of cruelty, but from a genuine desire to help me see how I had “created my own reality,” a central tenet of New Age thinking. Thankfully, no one said any such thing. (Though one woman did ask if perhaps I should have just ingested a lot of wheatgrass instead of having chemotherapy.)

This choose-your-own-adventure thinking has caught fire recently with the wild success of The Secret book and DVD by Australian TV producer Rhonda Byrne. There are already 400,000 copies of the book in print and Simon & Schuster just announced they’re printing two million more, which is what happens when Oprah champions your book in two separate shows and says this is how she’s lived her own life for years.

The book and the documentary-ish film are essentially the same: a compendium of talking heads-philosophers, life coaches, and authors-all talking about how the essence of our thoughts affects, nay, creates, the world around us through the power of quantum physics, energy, and our interconnectedness. It’s similar in a lot of ways to “What the Bleep Do We Know,” but without the narrative Marlee Matlin part.

Except this time the production values are better-everything looks very luxe and DaVinci-code-esque-and the heads are all hitting the same point home over and over: If you “align” yourself by feeling good, the Universe (New Age-speak for God) will provide limitless abundance. This is illustrated in numerous dramatizations: a woman wraps her thoughts around a necklace in a window, pretty soon it appears around her neck; a gay man who’s harassed for his homosexuality starts practicing the secret and soon finds people are offering him new respect.

The “secret” is kind of like prayer on steroids: Instead of a personal God processing and granting requests, a web of energy simply bounces your mindset back at you in material form. As one of the teachers in the film, Mike Dooley, sums it up, “Thoughts become things.”

I first encountered the “secret” about 13 years ago when it was much less sexily called “The Law of Attraction” or “Intentional Reality” by many, many authors and alternative spirituality teachers, from Esther and Jerry Hicks to Wayne Dyer to Deepak Chopra. Living at a yoga ashram the summer between sophomore and junior year of college, two friends and I were walking through the woods. City girl that I was, I carried a stick, hoping to fend off dangerous animals or deranged woodsmen.

My curly-haired friend Scott looked at the stick and shook his head, “What you resist persists,” he said, very much the 22-year-old sage. He explained that what we fear, we “magnetize” and manifest in our lives. So by holding the stick as defensive weapon, I was actually putting us in unnecessary peril. I reluctantly let it go. And proceeded to head-trip myself on and off for years about my negative thoughts, which were abundant.

The teaching that inside of us is a “witness” who is not our thoughts, not our body, but just a still, silent observer, soothed me. I could find that perspective when I quieted down and simply did as I was told: watched the thoughts roll by like unimportant clouds-not clinging no matter how great or terrible they seemed, just watching. Buddhism also teaches this, of course, non-attachment to thoughts good or bad; in one of many out-of-context quotes whispered sotto voce throughout the film, The Secret cites Buddha as saying “All that we are is a result of what we have thought” to back-up its claims.

The secret, a.k.a. law of attraction (LOA), works, goes the theory, because our bodies and thoughts are made up of the same vibrating matter as the air, the trees, and God. According to a segment of quantum physics, each thought has a vibration that the Universe can somehow respond to, and each thought, especially those charged with emotion, helps to manifest every experience, person, or object in our lives. And, the LOA-teachers say, we can use this knowledge to create lives we want and intend. It’s supposed to be empowering. It supposed to point out how we’ve been unconscious victims of our own undirected intentions and allow us to become victims no more.

To some this seems laughable, like the Tooth Fairy or Ouija boards. To others it’s downright offensive-where does God fit into this DIY existence? Fate? Karma? Destiny? Are those disposable as paper plates? And what, of course, about genocide? Did Anne Frank just not “align her desires with the Universe” well enough? Were Rwandans’ thoughts too focused on what they didn’t want (“Don’t slaughter my family”) instead of what they did want (“Give me peace”)?

Rhonda Byrne actually addresses this seemingly gaping lack of compassion in a recent Newsweek article: “‘The law of attraction is that each one of us is determining the frequency that we’re on by what we’re thinking and feeling,’ Byrne said in a telephone interview, in response to a question about the massacre in Rwanda. ‘If we are in fear, if we’re feeling in our lives that we’re victims and feeling powerless, then we are on a frequency of attracting those things to us … totally unconsciously, totally innocently, totally all of those words that are so important.'”

It’s difficult, when you follow this line of thinking to this ultimately icky conclusion, to not feel sort of gross about wishing yourself a new plasma TV. And yet. This is hard. But what. If. It’s. True? What if Darfur is getting worse because we’re focusing energy on stopping the violence instead of emitting requests for peace? What if we do end up electing presidents we don’t want because they’re the ones everyone’s thinking about, as one man says in The Secret? What if, nothing personal, I did create my own cancer by being afraid of cancer? Then what?

I don’t even want to ask these questions, but if we’re going to be buying into this law of attraction stuff, we must take a legitimate look at its ugliest parts, in the same way that if you’re going to eat meat you should be willing to spend a day at a slaughterhouse. I’m of two minds on law of attraction. Of course, like any good American, Horatio Alger-championing, magic-loving, wannabe-mystic control freak, the warm fuzzy you-can-do-it-by-wishing parts of the secret are delicious, delectable, enticing things-I can “manifest” my dream home without working more? Cool. I can wish myself to stay well without more self-care? Cooler.

I’ve experienced a taste of this before, putting lots of intentional thoughts out into the Universe and having them come back quickly, as surprise goodies, just like James Redfield said they would in The Celestine Prophecy. I’ve had amazing coincidences all over the world, thinking about people minutes before running into them. I believe in the power of positive thinking, and I believe that once we are clear in ourselves, aligned with our purpose, and going toward our dreams, magic can and does happen, miracles do occur.

And I also think we are connected to each other and God and nature more than we know, and that our minds hold huge reserves of untapped potential. I even buy the part about “anti-war” movements being less successful than “peace” movements, and that the war on drugs and terror only gets us more of what we’re fighting against.

And yet. When “metaphysician” Joe Vitale says in the film that the Universe is like “a catalog” that we can flip through and shop, my stomach churns. When Lisa Nichols says at the film’s end that, “It’s not your job to make the world a better place,” I want to sit her down for a good long chat with Gandhi, Nelson Mandela, and Martin Luther King, Jr. And when the weirdly out-of-it looking woman says she cured her breast cancer in three months with affirmations and funny movies, I want to hit the TV for all the false, dangerous hope it’s transmitting.

When I had cancer (and I carefully choose the past tense though the doctors never will, no matter how healthy I am, because I want to send my body a happy message), I made sure to lower my stress levels, think nice thoughts, listen to an affirming CD, and ask my friends and family to pray for me. The mind-body connection is real to me. My thoughts may or may not affect the Universe, but I know they affect my body; I have willed warts away, calmed myself when fearful, visualized love pouring into me and felt a shift. Energy is real to me too.

I’m just not so convinced that a woman peddling borrowed ideas (and that’s the generous word for how Byrne has ransacked the work of people like Esther and Jerry Hicks, authors of The Law of Attraction and other books) about wishing ourselves fabulous is for real. If it gets people thinking more positively, great. If it gets people clear and making strides to do good things for themselves, even better. I’m just patently suspicious of something that’s a) so slickly marketed and obviously co-opted and b) is supposed to be about feeling good yet doesn’t mention the word compassion or seem to take seriously the idea of harnessing this great law (if that’s what it is) to help others.

In other books on LOA, the materialism isn’t quite so bald, the hubris and lack of humility much less egregious. But no one to my satisfaction addresses the blame-the-victim issue at the slippery heart of this; in a culture that’s already not too fond of “losers,” do we really need another reason to disdain or pity those who suffer because they’re not “manifesting” the right reality? In a culture that already likes to look away from systemic political and economic oppression (bo-ring!), do we need another excuse to walk away from it all and say, “not my problem”?

The Secret feels like white rice to me-stripped of its nutrition for maximum palatability and fluffy appeal. And I’m all for fluff, with the Entertainment Weekly subscription to prove it. But not when it comes to something as serious as creating genuine joy and peace. That should be sacred-done with a combination of faith in a force that knows better than I do and compassionate free will to make my life and the world a better place. Manifest that, Universe.