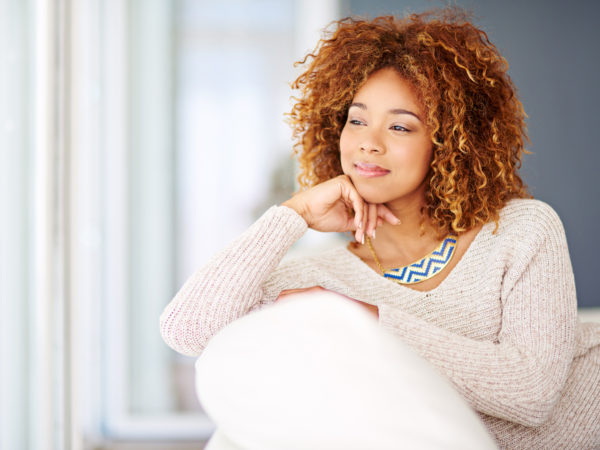 This excerpt from their new book, The Self-Hypnosis Diet: Use the Power of Your Mind to Reach Your Perfect Weight, by Dr. Steven and Joy Gurgevich (Sounds True Inc., 2007) explores the mind’s ability to change the body’s reality.

Margie struggled with her weight for many years. Thirty pounds were making her miserable. One day she watched a daytime talk show that changed her life. The guests on the show spoke of having had a new type of surgery called gastric bypass in which their intestines were bypassed so that only a portion of the foods they ate could be absorbed. They were enthusiastic while describing what sounded like effortless weight loss without dieting or exercise. One comment that really struck Margie in particular was, “The food just went right through me and was unabsorbed.” This was in April.

In June, Margie’s husband, Howard, looked at her and casually asked, “Have you lost weight?” She got up abruptly and left the room without saying a word. He dismissed her reaction, thinking that she was being overly sensitive about her weight. A few days later, noticing that she was radiantly happy and she did look thinner, he asked again, “Are you losing weight?” She again left the room abruptly without a word. Howard wondered if something was wrong. While noticing that she seemed happier, he also noted that she was preparing sumptuous meals and luscious deserts that were usually taboo. This scene replayed until a week later when he followed her to the bedroom and told her that she looked thinner and he wanted to know if she was all right, or if some health problem was causing her weight loss. She said, “I don’t want to talk about it.” He persisted and she admitted, “Nothing is wrong, I am just afraid that if I talk about it the spell will be broken.”

Margie told him about seeing people on TV who had gastric bypass surgery. They lost weight, did not diet, and could eat what they liked because the food went right through them. She said that when she lay in bed that night, she told herself that she had gastric bypass surgery and now the food went right through her. She then pretended what it might be like to lose weight this way. A few days later she was troubled by diarrhea and frequent urgent trips to the bathroom. She called the physician’s office to make an appointment, and the nurse asked her to describe her problems. She told the nurse about the diarrhea and heard herself saying, “The food goes right through me – it’s as if I’ve had a …” and hung up the phone thinking, “Oh my God! It’s working!” She realized that almost immediately after a meal or snack, she had to go to the bathroom. She felt just like the guests on the TV show.

Margie’s energy was up and her spirits were even higher. By the end of the month, she had lost eighteen pounds. She was eating whatever she desired. To Margie, it seemed to be magic, and she feared that speaking with others might undermine her belief and change its power. Howard observed that she had lost weight and was eating without restraint, but he also noticed changes that she was unaware of. She was no longer snacking, her food choices were much wiser, her portion sizes were smaller, and she had much more energy and was more active. She was eating better because she felt better.

As the years passed, whenever her weight needed adjustment, she would give herself an imaginary gastric bypass until she regained her perfect weight. You certainly don’t have to give yourself a gastric bypass, but this story vividly illustrates the power of belief. Just imagine what beliefs you can make true for you.

Dr. Steven Gurgevich is a psychologist specializing in mind-body medicine and is Director of the Mind-Body Clinic in Dr. Weil’s Arizona Center for Integrative Medicine (AzCIM). His wife, Joy, is nutritional consultant to Dr. Andrew Weil’s AzCIM. Dr. G. and Joy are resident experts at both DrWeil.com and DrWeilOnHealthyAging.com as well as their virtual home. “The Self-Hypnosis Diet: Use the Power of Your Mind to Reach Your Perfect Weight,” by Dr. Steven Gurgevich and Joy Gurgevich can be purchased here.