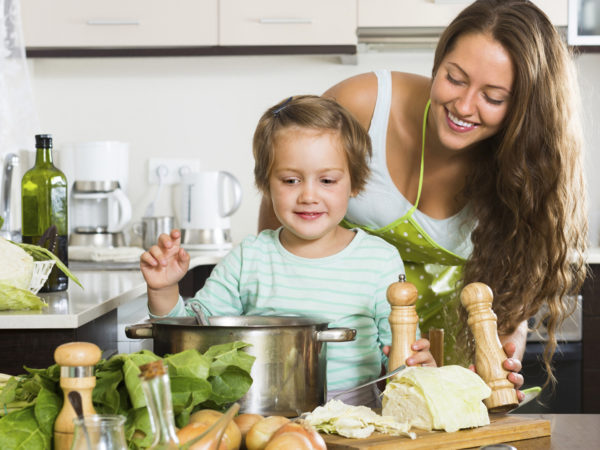 The most sobering statistics from the American obesity epidemic are those concerning children. According to the Centers for Disease Control and Prevention, over the last three decades, the rate of childhood obesity has more than doubled for preschool children aged 2-5 years and adolescents aged 12-19 years, and more than tripled for children aged 6-11 years. Today, about 35 percent of American children ages 6-19 are overweight or obese.

Harvard endocrinologist David Ludwig, M.D., PhD., is the director of the Optimal Weight for Life program and Children’s Hospital in Boston, which has helped over 5,000 children in the last 10 years. He was among the first researchers to identify the importance of the glycemic index, which assigns a number value to the rate at which the body converts a given food to glucose. Research confirms that foods that convert quickly – usually, ones made mostly of highly processed carbohydrates such as white flour and sugar – lead to weight gain. He has distilled that knowledge into a plan for parents called Ending the Food Fight: Guide Your Child to a Healthy Weight in a Fast Food/Fake Food World. The paperback version was released April 21, 2008.

Can you summarize the advantage of using the glycemic index and glycemic load numbers when it comes to weight loss?
Basically, the more we know about biology, the less restrictive we have to be. As it turns out, unlike what some diets advocate, you don’t have to get rid of all carbohydrates if you know that certain carbs are fundamentally better. That’s a huge psychological advantage. Nobody wants to be deprived of a whole class of food.

How can people discover which foods have a low glycemic load?
They can go to www.glycemicindex.com. There is also an abbreviated list in my book.

To help kids, you suggest as a first step cleaning out the home of unhealthy foods.
Yes, I call it protecting the home environment. Basically, if it does not support health, it does not come into the home. We encourage them to take all of the unhealthy, fake food out of the pantry and throw it into the garbage, and then shop to fill those empty places with healthy choices. Whatever money this costs will be more than recouped through better health and lower healthcare expenses.

But the fact remains that we live in a “fake-food world,” as you put it, and you can’t keep the kids home all the time. You discuss in your book six ways to change their behavior and guide them toward low-glycemic-load, healthier choices. Can you go through them?

I would be happy to.

Ending the Food Fight: Guide Your Child to a Healthy Weight in a Fast Food/ Fake Food World, by David Ludwig, M.D., Ph.D.