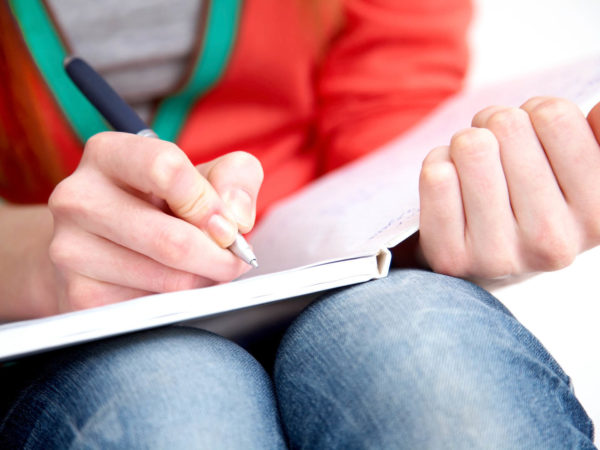 On a recent Sunday afternoon, Rachael Freed gave a legacy writing workshop to a group of women prisoners, including “lifers,” at the Minnesota Correctional Facility at Shakopee. A woman in the group was deeply depressed, telling Freed that she would never have the chance to hold her granddaughter, who lived far away.

Another prisoner spoke up, saying, “I have a granddaughter. I’ve decided to write one sentence to her every day, so she will know that I thought about her every day of my life. Like, ‘Today, I looked out the window, Sophia, and saw an oriole.’ ”

The distraught woman’s face brightened. “I can do that… I will do that,” she said.

“It was amazing,” recalls Freed. “I knew that I was onto something that was deeply important for people to give to those they love.”

That “something” is the ethical will. Unlike typical wills, which disperse money and goods and are often stiff, dry epistles of lawyer-speak, an ethical will is a written distillation of beliefs, values, principles, life lessons, personal observations, hopes, and dreams. Documents that sum up an elder’s wisdom for future generations are part of many cultures, but are most strongly associated with the Jewish tradition. For more than 2,000 years, Jewish men have written documents urging their children – mostly, their sons – to lead ethical lives and hold true to their fathers’ values.

“And this too let me impress upon you all. The penalty for leaving a promise undone is greater than a man can bear!” reads one quote by Dr. Andrew Weil in Healthy Aging: A Lifelong Guide to your Physical and Spiritual Well-Being (Knopf, 2005).

In 1998, after attending two workshops on ethical wills, “I heard a voice say, ‘Turn this into a healing tool for women,'” says Freed. She was a logical candidate for such a task – a former English teacher, social worker and psychotherapist, she was comfortable with writing, counseling, and guiding people who are facing their mortality. “I felt like everything I had ever done was preparation for this work,” she says.

But why specialize in women?

“I have nothing against men. I love men,” she says with a laugh. “But women have a huge amount of wisdom, legacies, love, experience, stories to preserve, and they are not doing it. Nobody invites them to or encourages them. They don’t think they are worthy or have something significant to communicate.” And yet, women have “a deep yearning to be heard.”

Her first act was to change the term “ethical will” to “spiritual-ethical will” to differentiate it from the patriarchal model, and to emphasize that reflecting and writing about one’s deepest values is “courageous, spiritual work.”

Freed began giving workshops to small, local groups of women near her home in Minneapolis, Minn. The groups grew larger, she began training other facilitators, and eventually distilled her work into Women’s Lives, Women’s Legacies: Passing Your Beliefs and Blessings to Future Generations (Fairview Press, 2003), and TheWomen’s Legacies Workbook for the Busy Woman (MinervaPress, 2005).

One of the chief hurdles Freed helps women get over is that “writing is scary.” Her books are full of gentle encouragement, such as this quote from writing teacher Julia Cameron: “What if there were no such thing as a writer? What if everyone simply wrote?”

Freed adds her own nudge: “There is no one way to write; there is only your way.” As one way to become unstuck, she suggests writing a letter that begins, “Dear _____, today I am writing to you about ______,” and to just keep going. For further support, she recommends working within a “legacy circle” of four to 12 women, providing “an opportunity for each woman to have her writing life and legacy witnessed by others.”

* Silence your inner critic
* Write now, edit later
* Experiment with different writing techniques
* Date your writing
* Keep your writings in a safe place
* Get into the habit of writing

For more practical guidance, including exercises to stimulate memories and many examples of existing spiritual-ethical wills, a good place to start is Freed’s web site, www.WomensLegacies.com.

But the most important advice is this: don’t put it off. After all, “You can pass it along before you die, perhaps to mark the birth of a grandchild,” Freed says. And if you do want to pass along at least some documents after death, you can write now, and just keep adding more for as long as you can. “That way, they’ll see who you were in 2008, and how you evolved by 2018 and so on.”

It all comes down to fulfilling basic human needs, Freed says. “Everyone needs to belong, to be known, to be remembered, to make a difference, to understand how blessed we are and to bless others.” Those ancient, undeniable human imperatives “all get addressed by doing this process.”