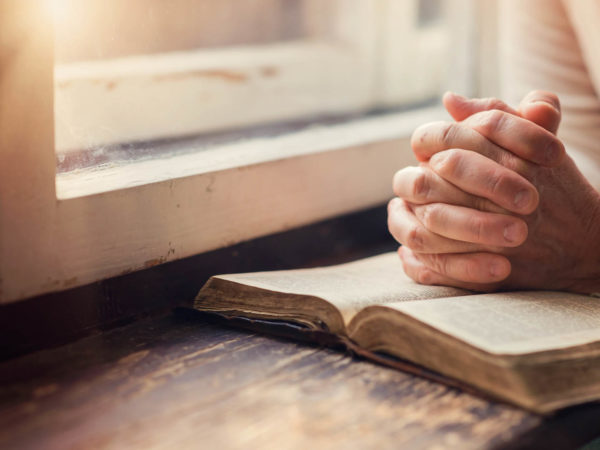 The Scalpel and the Soul: Encounters with Surgery, the Supernatural, and the Healing Power of Hope, Allan J. Hamilton, M.D.

During his 25-year medical career, neurosurgeon Allan J. Hamilton has had his share of strange experiences – premonitions (his own and his patients’), intuitions and unexplainable, perhaps supernatural, occurrences. He admits that superstition governs how many stainless steel clamps he uses to stop the bleeding on the scalp after surgery (the number has to be divisible by three, and once, when a resident removed one of the clamps, the incision became infected – “the first and only time I had an infection in a scalp flap,” says Dr. Hamilton.)

He tells this story and lots of others in a mesmerizing memoir, “The Scalpel and the Soul,” (Tarcher, Penguin, 2008). In the book, Dr. Hamilton takes readers behind the scenes into one of the most demanding areas of medicine and introduces us to unforgettable characters, including the Navajo shaman who cured Hamilton’s back pain by divining that the doctor was harboring an attachment to a young patient who had died of a particularly aggressive malignant brain tumor after months of harrowing treatment. That Hamilton, a Harvard graduate and colleague of Dr. Weil at the University of Arizona Health Services Center, was open to the ancient healing ritual speaks volumes about this spiritually attuned physician. In the forward to the book, Dr. Weil wrote that Hamilton’s extraordinary stories “are consistent with my own experience” and speculates that many doctors and nurses working in critical care “have made similar observations about the influence of emotions on outcomes and the existence of consciousness beyond the brain” but rarely talk about them.

Hamilton describes driving to the hospital one morning when he saw three buzzards in the middle of the road tearing up the carcass of a dead jackrabbit. At the hospital, he heard his patient’s wife call her husband “my little bunny.” Hamilton immediately cancelled the man’s operation. “The warning of the buzzards was not a coincidence,” he writes, “four hours later, the patient suffered a massive heart attack” that probably would have been fatal if it had occurred during surgery.

Hamilton believes that we’re all constantly getting tiny signals – premonitions, maybe, or intuition – about all kinds of things and shrugging them off or ignoring them. He learned to tune into them during a stint at Albert Schweitzer’s hospital in Gabon in Africa after his surgical training. There, he was rescued in the jungle by a native who had had a dream that Hamilton and a guide were coming down the river but were lost. Acting upon the dream, the native went to a fork in the river and waited 24 hours for them to appear, wondering all the while why his dream had misled him about the time he would find the two men. Hamilton and his guide were lost – and they had started out later than planned.

During his time in Africa, Hamilton came to appreciate that native superstitions are often rooted in reality – that the “snake” said to live in a treacherous river to prey on whites was just another way of saying that you need an experienced guide before venturing out into waters that already had claimed the lives of a dozen white men buried in the local cemetery. His successor ignored Hamilton’s warning never to venture out on the river without a native guide, and drowned when his boat capsized.

Hamilton views superstitions, omens and intuitions as the “reflections of a conscious effort on the part of an individual to detect the subtle signals sent to us from the natural world…If we are open to subtlety, then the world resonates with significance…Some folk never listen to the little hairs when they stand up on the back of the neck. I listen hard to those hairs. Because they’re my intuition speaking to me. There have been countless times when they have helped me save a patient’s life. And on more than one occasion, my own.”

All this is seemingly at odds with our view of surgeons as emotionally distant technicians. “Surgeons are control freaks,” Hamilton says. “We want to control every little detail. I want the 200 instruments I need laid out in exactly the right order. Who doesn’t want a picky, obsessive surgeon?”

If patients are often dissatisfied with their doctors, physicians are also disillusioned with today’s health care system. Doctors are “getting less and less fulfillment and moving farther and farther away from patients. We’re doing something in medicine that is making doctors take a dark, cynical, pessimistic view of what they’re doing,” Hamilton said in an interview.

He advises patients to size up doctors carefully: “Don’t settle for someone you don’t connect with. It’s like going out and buying a pair of shoes that aren’t the right size. If you don’t have a sense of being able to resonate with each other, don’t rely on the relationship. Look them in the eye when you ask a question and see if they’re really answering and focusing on you.”

Hamilton wants us to put more trust in our gut reactions, our premonitions and intuition. If we do, our lives may be safer, more satisfying and, perhaps, a bit more magical, as well.