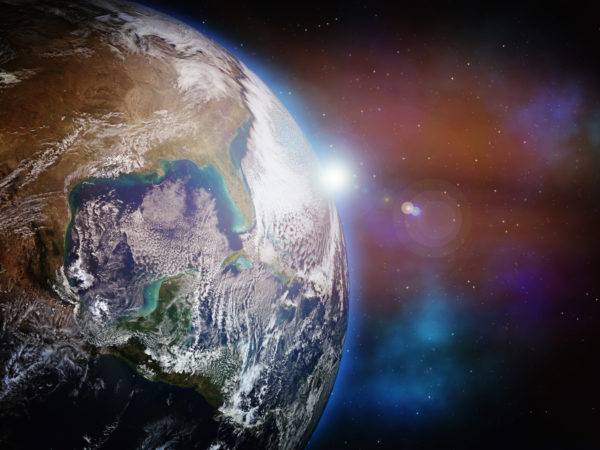 The earth has a fever. Thousands of scientists agree that the fever indicates a crisis in the health of the patient – the planet.

But global warming is not just a scientific phenomenon. The biggest surprise to me as I sat in the Oslo City Hall on December 10, 2007, was the spiritual resonance apparent to all 400 of us in the audience. The awarding of the Nobel Peace Prize to former Vice President Al Gore and the United Nation’s Intergovernmental Panel on Climate Change was charged with something transcendent, something far beyond a dry recitation of the disastrous facts we all know.

In his acceptance speech, Gore stated plainly that he had prayed daily for years to be put in a position to serve the cause of the earth. Invoking Joshua of the Hebrew Bible, he called on all listening and all around the earth to “choose life that both thou and thy seed may live.” Gore spoke of the spiritual energy that can be unleashed to help heal and cure the patient, earth. He quoted Bishop Desmond Tutu that “to ignore the challenge of global warming is a sin.”

Drawing a fascinating parallel, Gore recounted how Alfred Nobel read his obituary in the newspaper, mistakenly printed years before Nobel’s demise, and was struck that he would be remembered for inventing dynamite and not for good works. Seven years later, Nobel funded the prizes that now bear his name and that are awarded for the advancement of science, literature and human rights. Gore said that seven years ago today, he had read his own  political “obituary”: The U.S Supreme Court ruled the Presidency would go not to Gore with his plurality of popular vote, but to George Bush.

Like Nobel, Gore created a new legacy, and we can all be grateful.

The terrible facts we face were also laid out. The polar ice caps may be entirely melted in seven years. Lake Chad was once the sixth largest lake in the world; now it is dry. Desertification, the drying up of entire nations, threatens much of Africa. The scientific consensus is no longer in dispute.

And, today, we all have available access to resources gathered by the United Nations climate committee and Al Gore. We can not only visit the bedside of the our sick Mother Earth, we can participate in unleashing the spiritual energy needed to bring about the healing needed to spare lives, to save lives, to choose life. It is not only the fundamental scientific and engineering challenge facing the world, but our greatest spiritual task as well.