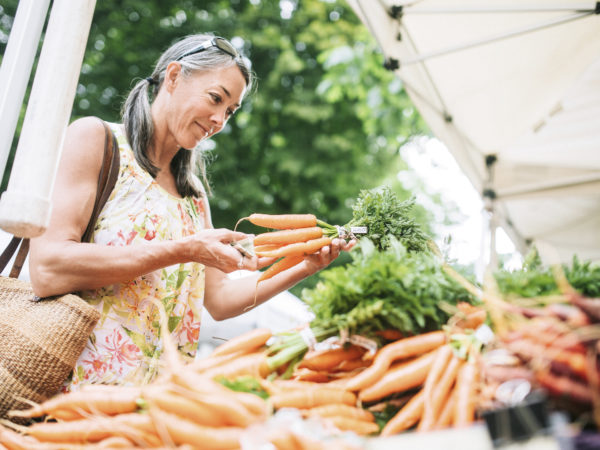 “The Omnivore’s Dilemma: A Natural History of Four Meals,” by journalist Michael Pollan is a withering indictment of America’s industrialized food system. Overdependent on one crop – corn – and propped up by disastrous mix of pesticides and long-distance food transportation, American agriculture has scarred the land and left its citizens overweight and undernourished.

But on May 2, 2007, at the “Fourth Annual Conference on Science and Nutrition,” in San Diego, Calif. (co-sponsored by the Arizona Center for Integrative Medicine, which Dr. Weil co-directs) Pollan also sounded an optimistic note. “I do see a lot of hopeful trends in American food,” he said. The best way to reform the system, he said, it to support positive movements such as these:

1. The rise of alternative agriculture. “Organic and local” are becoming powerful words in the American food marketplace, said Pollan. “More and more farmers are deciding to put quality above quantity. So there are choices out there that did not exist 30 years ago. These choices are in supermarkets now, but there are also new choices outside of supermarkets. There are over 4,000 farmers’ markets; the number has doubled in 10 years.”

2. The growth of an American food culture. Americans eat badly, Pollan said, largely because we lack a native food culture that anchors us to tried-and-true healthy eating patterns – consequently, we fall prey to fads pushed by processed food marketers. But in the 1970s, forward-thinking restaurateurs such as Alice Waters of Berkeley, California’s Chez Panisse restaurant “began to create an American cuisine, one based fresh, local foods,” Pollan said. “Now, there is a restaurant like that in every city in America; one based on quality ingredients rather than fancy technique.”

3. Food is becoming prestigious. “You cannot overlook the importance of glamour in America,” Pollan said. When Hollywood stars begin eating only organic food or free-range poultry, “it gets filtered through to the whole economy and the whole culture.” One fortunate effect is that farming itself is becoming glamorous. “Now, the farmer’s name is on the menu of the restaurant. Suddenly, becoming a farmer is a sort of cool occupation.” Pollan added that, “The number of farmers has fallen in America since the turn of the last century, but it is finally ticking up now. The new farmers tend to run small operations, usually servicing farmers’ markets” with quality food.”

4. More Americans are engaged in food politics. “When I speak to large groups of people, I feel a real political energy around this issue.” Pollan said. “People are realizing that two major problems come together with this food problem: the health issue and the environment issue. And it is something we can do something about. Every day, we get three votes on what we will eat, called breakfast, lunch and dinner. That’s a great power, and people are starting to use it. Voting with your fork is catching on.”

But Pollan added that consumer choice, “won’t solve all of our problems….in the end, you need to vote with your vote as well as your fork.” Specifically, Pollan urged audience members to weigh in on the Farm Bill, which will determine how tens of billions of tax dollars are spent. For more information on the bill and how you can help support the growing of nutritious, environmentally responsible food, visit the Institute for Agriculture and Trade Policy at www.iatp.org.