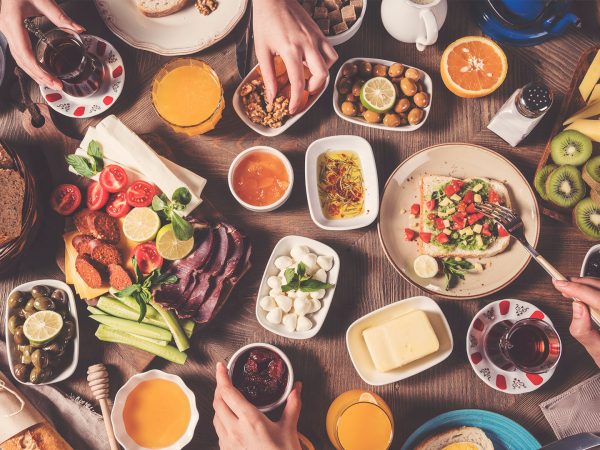 If you are always hungry, you’re not alone, and you may be among the many whose blood sugar levels drop significantly a few hours after eating. People affected tend to feel very hungry and eat a lot more than those who don’t have this problem, according to research from the UK published in April 2021.

The investigators collected data about blood sugar responses and other markers of health from 1,070 people who were asked to eat standardized breakfasts and freely chosen meals over two weeks, adding up to more than 8,000 breakfasts and 70,000 meals in total. The standard breakfasts included several types of muffins, which contained the same number of calories and different amounts of carbohydrates, protein, fat, and fiber. The participants’ fasting blood sugar was regularly monitored to determine how well their bodies processed the meals. They also wore stick-on glucose monitors to track their blood sugar levels throughout the study as well as a wearable device that recorded levels of activity and sleep. In addition, they were asked to record their levels of hunger and alertness along with information about exactly when and what they ate daily via a phone app.

Earlier studies looking at blood sugar responses after meals focused on the way levels rose and fell in the first two hours after eating. In this study, the investigators noticed that some people experienced significant “sugar dips” two to four hours after the initial peak: their levels fell rapidly below baseline before returning to normal.

These “big dippers” had a nine percent increase in hunger and waited, on average, around a half an hour less before eating their next meal than “little dippers,” even though the meals both ate were exactly the same. Big dippers also ate 75 more calories in the three to four hours after breakfast and around 312 calories more daily. That could add up to a 20-pound weight gain over a year, the researchers noted.

Lead study author Patrick Wyatt of health science company Zoe Global ltd., noted that the study “shows how wearable technology can provide valuable insights to help people understand their unique biology and take control of their nutrition and health.” He added that by demonstrating “the importance of sugar dips, our study paves the way for data-driven, personalized guidance for those seeking to manage their hunger and calorie intake in a way that works with, rather than against, their body.”

Professor Ana Valdes, Ph.D., from the School of Medicine at the University of Nottingham added, “Many people struggle to lose weight and keep it off, and just a few hundred extra calories every day can add up to several pounds of weight gain over a year. Our discovery that the size of sugar dips after eating has such a big impact on hunger and appetite has great potential for helping people understand and control their weight and long-term health.” 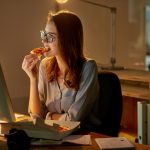