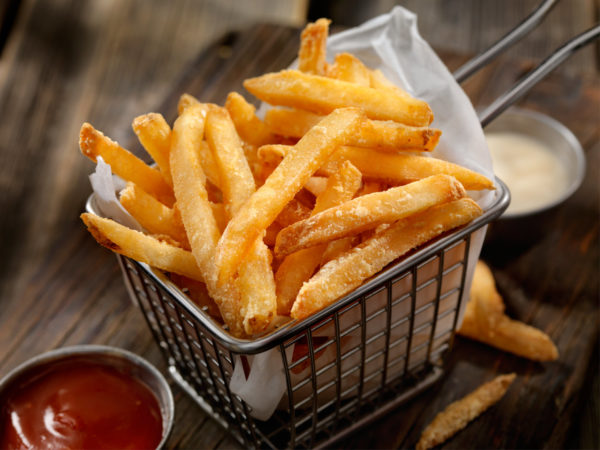 Researchers from Italy’s National Research Council decided to look at the possible link between potato consumption – not just fries – and mortality, because no such study had been done before. They recruited 4,440 Americans age 45 to 79 and asked them to respond to a questionnaire about how often they ate potatoes cooked in various ways. Then they followed the group for eight years, during which 236 people died. Looking at the potato consumption of these participants and adjusting for other factors, such as race, education, income, alcohol consumption, and exercise, from information collected at the outset, the researchers determined that people who ate French fries two or more times a week were at increased mortality risk. Specifically, the researchers concluded that frequently eating fried potatoes could double the risk of premature death.

The study found no such risk among people who frequently ate potatoes that weren’t fried, even though they might have been topped with unhealthy amounts of butter, sour cream or cheese.

Bear in mind that the findings don’t prove that eating French fries caused the 236 deaths. It could be that the overall diets of people who eat fried potatoes frequently aren’t particularly healthy. Maybe they have other unhealthy habits that could increase their risk.

It shouldn’t come as a surprise that frequently eating fried potatoes (and other fried foods) isn’t good for health. One reason is their content of acrylamide, a toxic compound formed in starchy foods that are cooked at high temperatures. In 2013 the FDA issued a consumer update suggesting that we stay away from foods and cooking methods known to form acrylamide, which has been shown to cause cancer in animals. So far, we do not know that it does so in humans, although the National Toxicology Program and the International Agency for Research on Cancer views it as a “probable human carcinogen.”

If you’re following a healthy diet, there’s not much reason to worry about acrylamide. And as the results of the Italian study show, neither is there reason for concern about an occasional indulgence in French fries. 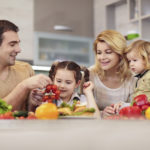 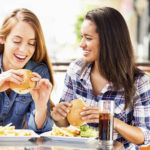