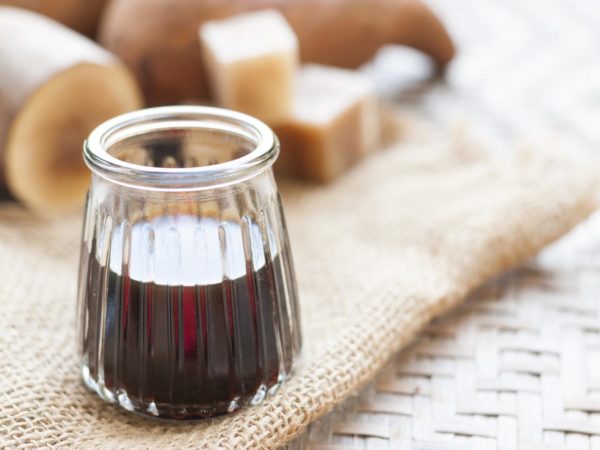 Yacon syrup comes from the root of a plant that grows in the Andes Mountains in South America. Some people say it tastes like raisins, others say figs, apples or molasses. Yacon is high in a type of fiber called fructooligosaccharides (FOS) that acts as a prebiotic – in other words, as a substance that helps support healthy gut bacteria. FOS is also found in onions, asparagus, wheat, tomatoes, chicory and other fruits and vegetables, so you don’t have to limit your search to yacon syrup to nurture your microbiome.

The syrup can cause abdominal pains, nausea, bloating and diarrhea when taken in doses greater than two teaspoons a day. It contains only 20 calories per tablespoon.

While fiber is generally good for health, there isn’t much scientific evidence on whether yacon syrup effectively promotes weight loss – only one small study on humans has been published. It found that daily consumption of an average of two teaspoons of yacon syrup led to a significant decrease in body weight over four months among the premenopausal obese women who took the syrup – meanwhile, a similar group of women who received a placebo gained instead of losing. Both groups followed a healthy low-calorie diet and were asked to walk 45 minutes a day. Of the 55 women who joined the study initially, 15 who were given more than two teaspoons of yacon syrup daily dropped out because of the unpleasant abdominal problems it caused.

In addition to its possible promotion of weight loss, yacon syrup can help lower blood glucose and reduce insulin resistance. It has also been suggested as a sugar substitute for diabetics. However, because it contains simple sugars, it still is essential to monitor blood glucose levels after consuming the syrup.

The results of one small study aren’t enough to prove that consuming yacon syrup is a worthwhile approach to weight loss. If you want to lose weight, eat less, and in particular I recommend cutting carbohydrates that rank high on the glycemic index. Getting daily exercise helps, as well.