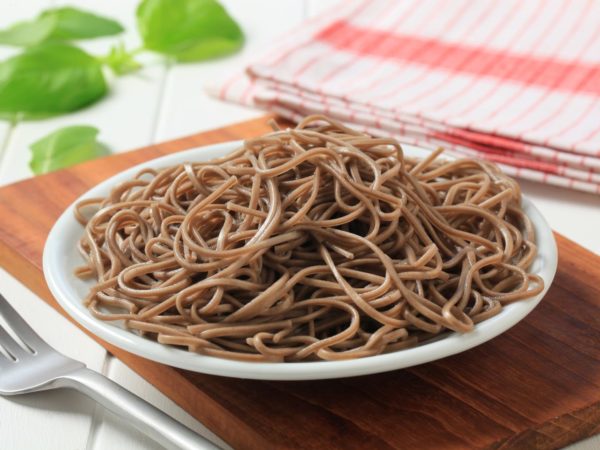 Maybe so. A new study from Penn State suggests that including whole grains in a weight-loss plan could help dieters drop belly fat. More importantly, consuming and cooking with whole grains may enhance health by lowering blood levels of C-reactive protein (CRP), a marker for inflammation in the body. High CRP levels are associated with increased risk of heart disease and low levels with low risk.

The 50 men and women who took part in the Penn State study were all obese and had metabolic syndrome, a combination of abdominal obesity, high blood sugar and high blood pressure, all of which increase the risk of diabetes, heart disease and stroke. For the diet, they all cut calories, but half of the participants were told to be sure that all of their grain servings came from whole grains such as oatmeal, whole-grain cereal, brown rice and barley. They were told to check ingredient lists to be sure that grain-based foods were made up of at least 51 percent whole grain; the other participants were instructed to choose only refined grains, such as white bread and other foods made with white flour. After the 12-week diet, both groups had lost about the same amount of weight, an average of eight to 11 pounds. But the whole-grain group lost more belly fat, and, more significantly, had an average decline in CRP of 38 percent (CRP remained unchanged in the refined-grain group). In other studies, increased levels of CRP have been linked to consumption of refined grains.

The researchers suggest that the whole grains may have helped by stabilizing the dieters’ blood sugar, which in turn may have had a beneficial effect on CRP levels. They also theorized that the drop in CRP may have been due to antioxidants present in whole grains but lacking in refined ones. The study was published in the January 2008 issue of the American Journal of Clinical Nutrition.

Certainly, this result is not surprising to me. Note that my anti-inflammatory diet emphasizes less-refined, less-processed foods with a low glycemic load including such whole grains as brown rice and bulgur wheat, in which the grain is intact or cracked into large pieces.