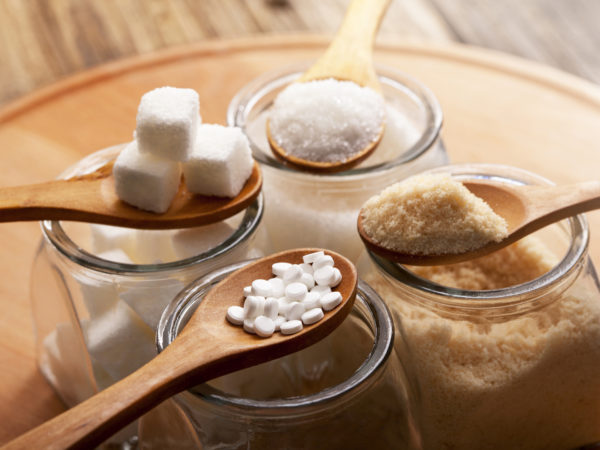 You’re likely referring to “That Sugar Film” made by Australian actor Damon Gameau, who experimented on himself for two months by switching from his healthy diet to one that included at least 40 teaspoons of sugar a day. His movie follows in the path of the 2004 film “Super Size Me” by Morgan Spurlock, who recorded the health consequences of eating all his meals at McDonald’s for 30 days. Gameau has said he was motivated by expectant fatherhood. “That Sugar Film” was released in the U.S. on July 31, 2015.

Gameau decided on 40 teaspoons of sugar because it’s the amount consumed daily by the average Australian. That beats the 28 teaspoons of sugar the average American teenager takes in (still too much sugar for good health). For his experiment, Gameau avoided obvious sources of sugar and confined his diet to foods perceived by most Australians as healthy – low-fat yogurt, fruit juice, smoothies, health bars, pasta and cereal. These foods all contain “hidden” sugar that may be hard to find, even if you carefully read product labels. He made sure his daily calorie intake didn’t exceed that of his normal diet, which had included eggs for breakfast, fruits and vegetables, fish and snacks of nuts or a little cheese. He reported that he snacked a lot more on his high-sugar diet than he did on his normal diet, never felt full, and found that the diet negatively affected his moods. He also found it difficult to continue his usual exercise program.

Gameau recruited a team of doctors to track changes in his health throughout his experiment. He said he immediately began to gain weight, and within 18 days was told that he had developed signs of fatty liver, a build up of fat in that organ that over time can lead to liver damage. His doctors also warned that the dietary change had brought on early signs of heart disease.

Gameau makes the point that 80 percent of processed foods contain sugar, much of it hidden. The way sugar is listed on labels in the U.S. is also not as clear as it could be. That may change if a recommendation from the FDA is adopted. In July 2015 the agency announced that it wants labels to specify the “percent of daily value” of added sugars, not just the amount in grams, as is now the case. Measurement in grams may still not be meaningful to American consumers.

In a blog published on the British Medical Journal website on July 27, 2015, the authors wrote: “That Sugar Film” can play a monumental role by informing viewers to make better choices and inspiring them to lead a healthier lifestyle. The film is an eye-opener and challenges the notion that the current obesity epidemic is primarily the result of lack of exercise and consumption of fast foods.”