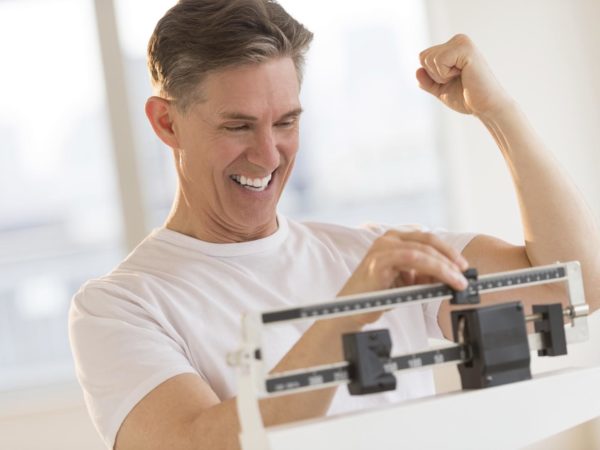 As you may know, many studies suggest that very few people who lose weight succeed in keeping it off. This time, researchers looked at 291 people who had lost at least 10 percent of their body weight, an average of 44 pounds, during the two years prior to the study. To see how successful this group would be at maintaining their weight loss, the researchers divided study participants into three groups: one that met through online chat rooms, one that met in person (both types of meetings included a weight-loss counselor), and one group that received counseling via monthly newsletters. All participants were urged to weigh themselves daily on scales they were given at the outset of the study. They also received advice about diet and exercise.

Initially, the meetings (both online and in-person) were held weekly for four weeks and then monthly for 17 months.

This suggests that you’re more likely to succeed at weight loss if you continue to weigh yourself daily so that you can spot changes and take immediate action to reverse any trend toward weight gain. Results of another recent study (published in the July 1, 2005 issue of the American Journal of Clinical Nutrition) showed that only one in 10 people who have lost weight manage to recover from a weight gain of more than two to four pounds when they’re trying to maintain their losses.

Another way to be vigilant is to maintain regular food records. Clinical trials have demonstrated that people can reduce food intake by up to 40 percent just by writing down what they eat.