The Surprising Reason People Get Fat 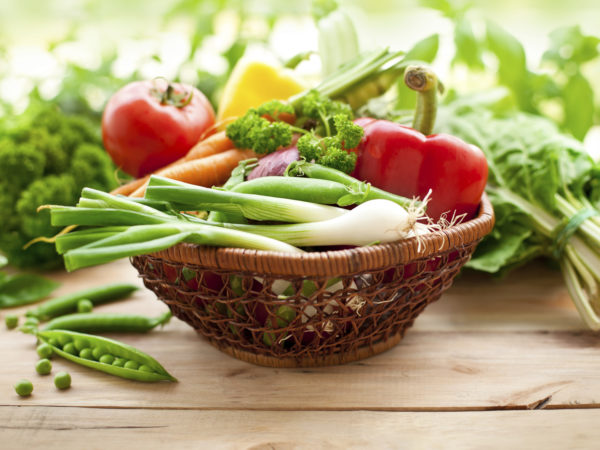 “I want to convince you that the conventional wisdom about weight gain is wrong,” declared Gary Taubes. The idea that eating too much and exercising too little is the culprit is, he said, “as obsolete as the belief that the sun rotates around the earth.”

Thus began the most revolutionary presentation in the five-year history of the Nutrition and Health Conference, an annual three-day event co-sponsored by the Arizona Center for Integrative Medicine (founded by Dr. Weil in 1994). Held most recently in Phoenix, Arizona in April of 2008, it attracted some 500 health care professionals from around the world, and the packed house at Arizona Grand Resort made it clear that Taubes was a headliner.

The writer, trained in applied physics at Harvard and aerospace engineering at Stanford, specializes in parsing hot science controversies in articles and books (such as 1993’s Bad Science: The Short Life and Weird Times of Cold Fusion). He is widely credited with kicking off the national low-carb diet trend with his July 2002 New York Times Magazine article, What If It’s All Been a Big, Fat Lie? In 2007, he published Good Calories, Bad Calories: Challenging the Conventional Wisdom on Diet, Weight Control and Disease, a book that led the New York Times to assert that “Gary Taubes is a brave and bold science journalist” who shows that “much of what is believed about nutrition and health is based on the flimsiest evidence.”

Taubes’ message: political pressure and sloppy science over the last 50 years have skewed research to make it seem that dietary fat and cholesterol are the main causes of obesity and heart disease, but there is, in fact, little or no objective data to support that hypothesis. A more careful look (Taubes researched his book for five years, its 450 pages include 60 pages of footnotes) reveals that the real obesity-epidemic drivers are increased consumption of refined carbohydrates, mainly sugar and white flour.

Further, as he stated in his conference presentation, obesity is not “a disorder of energy imbalance,” in which weak-willed people eat too much and exercise too little, but rather “a disorder of excess fat accumulation” in which the body, not the brain, is the primary culprit. Eating too much and exercising too little are side effects, not causes, of the active role of carbohydrate-driven hormones on the whole organism, including the brain.

Much of Taubes’ presentation was devoted to illustrating the central role that glucose and insulin – both of which are products of carbohydrate metabolism – play in fat deposition.

A chemical compound derived from glucose, he said, turns fatty acids – the “burnable” kind of fat – into triglycerides, the “storable” form of fat. Consequently, “Anything that works to transport glucose into fat cells works to deposit fat.” And what transports glucose into fat cells? Insulin. “When insulin is secreted or chronically elevated, fat accumulates in fat tissue,” he said. “When insulin levels drop, fat escapes from fat tissue and the fat depots shrink.”

Bottom line: “Carbohydrate is driving insulin is driving fat deposition.” So when it comes to accumulating fat, carbohydrates are indeed “bad calories,” as they are the only ones that boost insulin and make fat accumulation possible.

Highly refined carbohydrates are even worse, as they lead to insulin surges and subsequent drops, which creates a hunger for more – hunger so voracious that, for most people, it can’t be overcome by willpower. Refined carbohydrates, Taubes contends in his book, are literally addictive.

So what’s the scientific weight-loss solution? Taubes asserted that since the fewer carbohydrates we eat, the leaner we will be, our diets should emphasize meat, fish, fowl, cheese, butter, eggs and non-starchy vegetables.

Conversely, we should reduce bread and other baked goods, potatoes, yams, rice, pasta, cereal grains, corn, sugar (both sucrose and high fructose corn syrup) ice cream, candy, soft drinks, fruit juices, bananas and other tropical fruits, and beer. Excluding carbohydrates from the diet, he said, derails the insulin peak/dip roller coaster, so one is never voraciously hungry, making weight loss and healthy-weight maintenance easy. “When you eat this way, the fat just melts off,” he said after his speech – and Taubes is indeed a lean fellow.

While Dr. Weil agrees with most of Taubes’ research, he draws the line at the writer’s specific dietary recommendations: “I don’t agree that the way to respond to this information is to eat a diet that is mostly meat and no carbohydrate.” He said instead that people should eat animal protein two to three times per week – mostly as fatty, cold-water fish to reap the benefits of omega-3 fatty acids – and otherwise eat carbohydrate foods that rank low on the glycemic load scale.

“All carbohydrates are not the same, nor do all people react to them in the same way,” he said. “That needs to be taken into account.”

But overall, Dr. Weil, like the other assembled health-care professionals, came away impressed. “I invited Gary to speak, and I’ve been recommending the book to my medical colleagues and students. It’s important to get this information out to the medical community, because a lot of the ways that we try to prevent and treat obesity are based on assumptions that have no scientific evidence.” 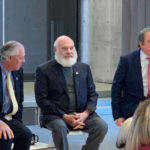