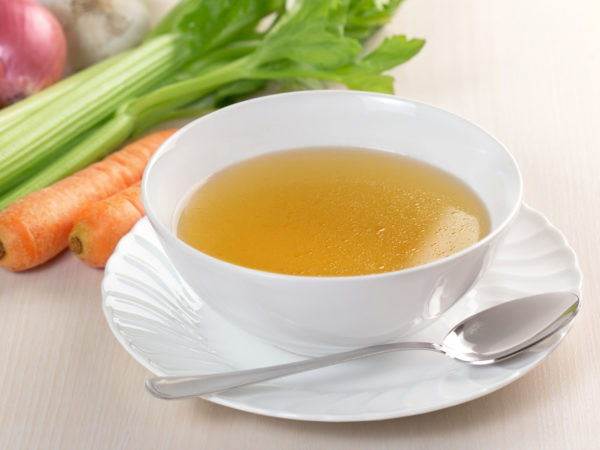 To be truly successful, gastric bypass surgery requires lifelong changes in your eating habits in order to lose weight, maintain your losses and ensure that you are getting adequate nutrition with limited food intake. Immediately after surgery, you will need a liquid diet – water, broth, juice, milk and cooked cereal – for a few days. Then you can progress to pureed foods for about a month while your stomach heals. You can then progress to easy-to-chew foods – cooked vegetables, soft fruits, and ground or canned meats like chicken, ham, fish and some shellfish.

Red meat is difficult to digest even when ground and should be avoided until at least a year after surgery, although lean cuts of ground beef may be added at 10 months. Other foods to avoid temporarily are spicy foods (four to six weeks), fruit and vegetable skins (six months), carbonated beverages (six months), and bread (one year). At first you’ll be eating several small meals a day, starting with about six and gradually reducing that number to three. You’ll need protein-rich foods (lean meat, yogurt, liquid meal replacements, smoothies, eggs) to help your body recover from the surgery.

Because your body will have difficulty absorbing certain nutrients after the surgery, you will also need to take vitamin and mineral supplements daily. Caroline Apovian, M.D., director of the Nutrition and Weight Management Center at Boston Medical Center, tells me that you’ll need a daily chewable multivitamin plus additional calcium and vitamin D. She recommends calcium citrate (1200-1500 mg) with vitamin D3 (2,000 IU). If your vitamin D levels are low (a blood test can determine this), you may need a prescription for 50,000 units once a week for eight to 12 weeks.

You will also need extra iron – iron sulfate or a combination of iron and vitamin C (such as Vitron-C) taken as three doses totaling 180-220 mg of elemental iron daily or, if you take iron sulfate or gluconate, 100 mg, three times a day. You’ll need 200 to 400 mcg of folate daily. In addition, gastric bypass removes the part of the intestine that absorbs B12; as a result you need to take it under the tongue or get it by injection. The usual dose is 350 mcg per day of sublingual vitamin B12, or, if necessary, monthly injections of 1,000 mcg. Oral forms of other B vitamins are fine. I would also recommend taking fish oil supplements starting two weeks after surgery to prevent deficiencies of omega-3 fatty acids while not eating fish. Start with one or two 1,000 mg capsules. If this causes nausea or diarrhea, reduce the dose and work back up slowly.

In the years ahead, you should have annual blood tests to confirm that you’re getting adequate amounts of these nutrients and an annual bone density test to make sure that you’re not losing bone mass.

Be sure to tell your physician if you find that you’re vomiting frequently. This may signal a rare but serious complication called Wernicke’s encephalopathy, which stems from a deficiency of the B vitamin thiamin. Other symptoms are confusion, lack of coordination and vision-limiting involuntary eye movements. This condition is more likely among those who don’t regularly take their supplements. Wernicke’s encephalopathy is treatable but in some cases only partially reversible. Prevention is key.