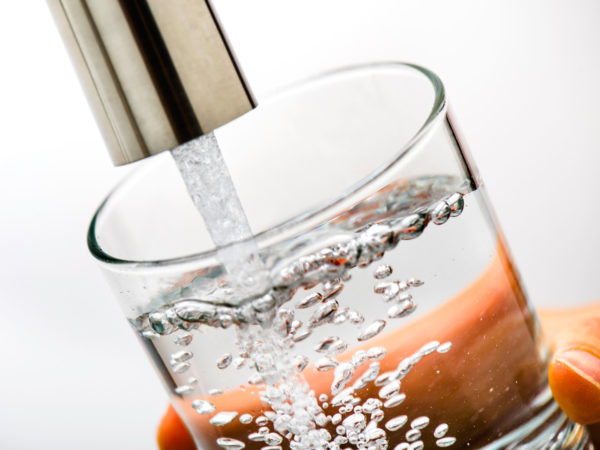 You likely read about an investigation showing that people who weren’t well hydrated were 1.59 times more likely to be obese than individuals who do take in enough water. These findings came from an analysis of federal health data on 9,528 participants aged 18 to 64 that included their height and weight and the results of urine tests to assess hydration levels.

The researchers, from the University of Michigan, reported that 33 percent of the individuals included in the analysis were not well hydrated. And they found that lack of proper hydration was associated with a higher body mass index, suggesting that water intake may deserve greater focus in weight management research. Lead investigator Tammy Chang, M.D. was quoted in news reports as noting that the investigation only captures “one snapshot in time” and doesn’t prove that staying hydrated helps people manage weight.

Heavier people need to consume more fluids than slimmer ones, although that fluid doesn’t necessarily have to come from drinking plain water. We get water from fruits and vegetables, and you can also count other beverages. Another risk to bear in mind: seniors 65 and older don’t feel as thirsty as younger people when they’re dehydrated.

As for weight control, some research has shown that drinking water before meals increases the chances of succeeding at weight loss, probably because it fills your stomach somewhat. We don’t know if keeping hydrated will have a lasting effect on weight loss, however.

The researchers pointed out that obese individuals have higher needs for water than the non-obese, “because water needs depend upon metabolic rate, body surface area, and body weight.” They also noted that poor hydration is associated with worsened physical, mental and emotional health and may affect how well individuals manage tasks requiring attention and good psychomotor and memory skills. Inadequate hydration has also been linked to declining mood, headaches and poor kidney function.

For adequate hydration, the U.S. Institute of Medicine suggests 125 ounces of water daily for men and 91 ounces for women, with these numbers representing the combined total from all the food and beverages you consume. For water alone, the standard recommendation is to drink at least eight 8-ounce glasses a day. I’m not sure you need to force that much down, but do try to drink more than you think you need. You can tell you’re well hydrated if your urine is light, almost the color of water. If it is dark, you need to drink more. (But keep in mind that if you take supplemental B-vitamins, one of them – riboflavin – will color your urine yellow.)