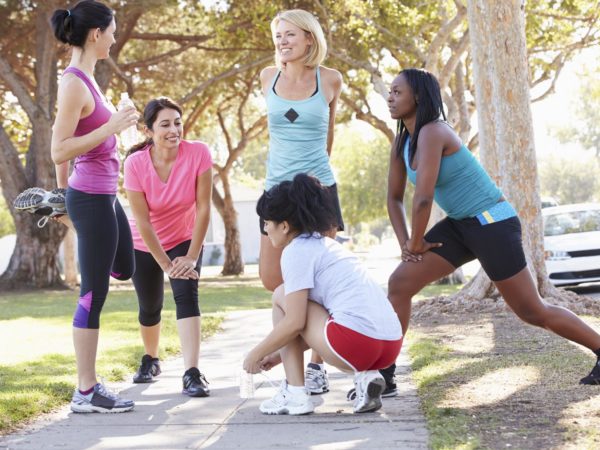 Despite its surprising findings, the study you refer to is an important one. The conclusion tells us something about how people determine what constitutes an acceptable weight and suggests that obesity is “socially contagious.” For 32 years, researchers from the University of California at San Diego and Harvard tracked the weight records of more than 12,000 participants in the long-running Framingham Heart Study and of their relatives and friends. They found that chances of becoming obese increased 57 percent if a friend also got fat. It went up “only” 40 percent if a sibling became morbidly heavy and 37 percent if a spouse did.

The odds of becoming obese went up by 71 percent if a same-sex friend gained weight, by 67 percent between sisters and 44 percent between brothers. These results are quite striking and suggest that social influences favoring weight gain may be more powerful than genetic ones.

The distance between where some of the friends in the study lived (in some cases hundreds of miles apart) suggests that you can’t chalk the results up to similar exercise and eating habits. Instead, the researchers concluded that study participants were influenced more by similar attitudes, behaviors and acceptance of obesity. In other words, you may not feel so bad about being fat if your best friends and closest relatives are fat, too. The closeness of the relationships among people in this study proved to be most influential, and the further the social difference between friends and relatives, the less impact these ties had on weight and weight gain.

This study gives us additional food for thought about the causes of obesity and validates what experts have suspected for some time: that people look to each other to determine what constitutes acceptable weight. The researchers suggested that their findings may have implications for how to better deal with obesity – rather than treating individuals, it might be more useful to treat groups of friends and relatives together.