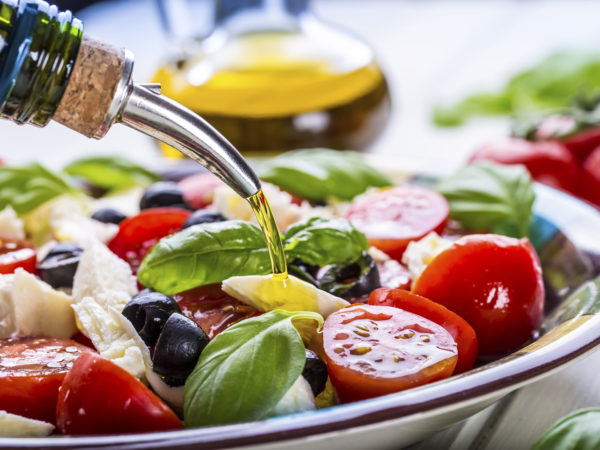 I’ve long been a proponent of the Mediterranean diet, a composite of the traditional cuisines of Spain, southern France, Italy, Greece, Crete and parts of the Middle East. More than a year ago, researchers from the University of Athens published a study showing that people who ate a Mediterranean-style diet had a 33-percent reduction in the risk of death from heart disease, and a cancer death rate that was 24 percent lower than the death rate for those who ate more Western-style diets.

Another study from the April 2000 issue of the American Journal of Clinical Nutrition looked at nursing home residents who ate a Mediterranean diet. They found a 31-percent reduction in the residents’ overall mortality compared to their peers.

More recently, researchers in Italy and in the Netherlands have published results of two studies, both of which further support this positive effect on health. The Italian group found that the Mediterranean diet worked better than a low-fat diet to eliminate metabolic syndrome, a combination of obesity, high blood pressure and high blood sugar that raises the risk of heart disease. After two years on the Mediterranean diet, 50 of 90 patients no longer had metabolic syndrome compared to only 12 of 90 patients who followed a prudent low-fat diet.

The other study, from the Netherlands, found that among a group of 1,507 apparently healthy men and 832 women, those who maintained a Mediterranean diet had a 23-percent lower death rate than other study participants did. Those who followed the diet and also consumed moderate amounts of alcohol, got regular exercise, and didn’t smoke reduced their risk of death from any cause by 65 percent over the 10-year duration of the study. Results of both studies were published in the September 22/29, 2004, issue of the Journal of the American Medical Association.

The Mediterranean diet consists of high-quality fresh fruits and vegetables, nuts, legumes, unrefined cereals, olive oil, fermented dairy products such as yogurt and natural cheese, and fresh fish as daily staples. The diet doesn’t eliminate red meat but limits it to about one meal a month; similarly, poultry, eggs and sweets are permitted but are not daily fare. Instead, they are eaten about once a week. Moderate amounts of wine are part of the diet.

Remember that the traditional Mediterranean diet is part of a cultural package, which includes regular physical activity and strong social and family bonds, which are reinforced around shared meals.