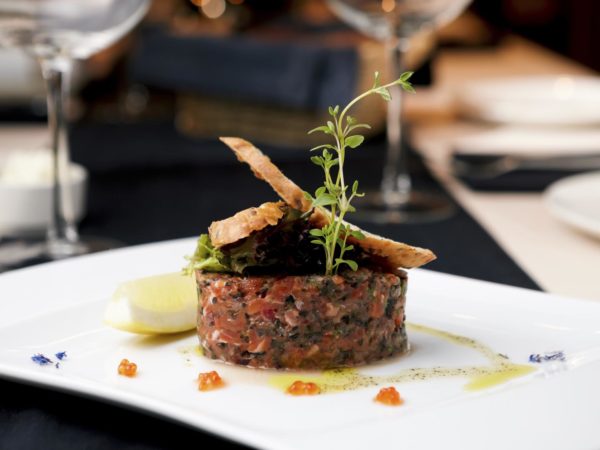 The French must be doing something right. For years, scientists on both sides of the Atlantic have been trying to unravel the “French paradox” – the finding that despite a high-fat diet, the French appear to have a lower rate of heart attacks than other Western countries, particularly the United States. So far, no one has made an air-tight case for any single explanation of why the French enjoy such good heart health despite their diet. Theories that red wine may counteract what otherwise would appear to be a very unhealthy diet haven’t been proven, although we do know that components of wine (the pigments and tannins it contains) are heart healthy.

Actually, there is a question about the real incidence of heart attacks in France – some may be reported as “sudden deaths” and not counted. But there is no argument about the much lower rate of obesity there. To me, that is the real French paradox.

French attitudes toward food are much, much different from those in the U.S.: their portions are smaller, they eat only at mealtimes (snacking is frowned upon), they eat a wider variety of food, and don’t skip meals. And results of a 2003 study from the University of Pennsylvania show that overall they eat fewer calories, which helps explain why France has an obesity rate among adults of only seven percent.

The notion that the French are gorging on high-fat foods requires a reality check, too. For example, on average, people in Toulouse, at the center of the foie gras (duck liver) area of France, eat their local delicacy only six times a year!

And, without a doubt, the French do enjoy their food. Although they are picking up some of our bad habits, they still take time to enjoy food with family and friends. They have no guilt about indulging in really good meals and getting full pleasure from them. The French eat much less processed food than we do and generally have access to higher quality ingredients. Their food – from fruits and vegetables to cheese and poultry – tastes better than ours. By emphasizing better food, they are able to be satisfied with less.

Overall, Americans are eating more and more low-quality foods and getting less and less satisfaction from them. I think the French do it better.