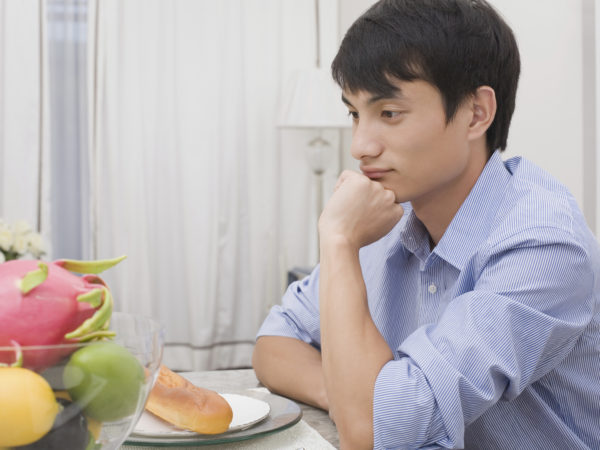 “Intuitive eating” isn’t exactly new. In fact, it was the title of a 1995 book written by a team of dieticians. Essentially, intuitive eating involves paying attention to your body and eating only because you’re hungry and stopping when you’re full. It doesn’t limit what you eat or how much you eat.

In 2005, the concept of intuitive dieting made news when Steven Hawks, a professor at Brigham Young University (BYU) published a study on the subject in the November/December 2005 issue of the American Journal of Health Education. It showed that students at BYU who were intuitive eaters typically weighed less and had a lower risk of cardiovascular disease than other students.

Hawks himself claims to have lost 50 pounds and to have kept them off for more than five years simply by eating only when he is really hungry and stopping when he is full. He says he doesn’t count calories or avoid sweets or snack foods, although he does exercise regularly.

It’s certainly true that many people who are overweight eat for reasons that have nothing to do with hunger. When you reach for the chocolates, snack foods or other “comfort” foods, it’s often because you’re stressed, depressed, or bored. When you eat in response to social cues – such as having lunch or dinner even though you’re not hungry – or when you eat unconsciously – snacking while driving or putting away a tub of popcorn at the movies – you’re doing the opposite of “intuitive eating” and you’re consuming unneeded calories that lead to weight gain.

Hawks maintains that “dietary restraint” – counting calories or carbohydrates or even grams of fat -doesn’t work. He’s right about that -in the U.S. alone billions of dollars are spent every year on diet plans, diet foods and diet books yet, as a nation, we’re battling an ever-worsening obesity epidemic.

Hawks says he lost weight even though he snacked on potato chips and surrounded himself with ice cream bars and M&Ms, but he also has said that he is as likely to eat broccoli as a steak. I would argue that it’s better to surround yourself with healthy food that you enjoy. However, in principle, the idea that you can lose weight by learning to recognize when you’re really hungry and when you’re full, and eating accordingly, makes more sense than trying diet after diet.

Intuitive eating is akin to the concept of mindful eating, which involves teaching the basic tenets of mindfulness meditation. In groups of people who have binge eating disorders, this training appears to reduce the frequency of binges. Eating mindfully simply means slowing down, expressing gratitude for the food you are eating, and paying attention to feelings of fullness. Focusing on why you eat instead of what you eat may turn out to be the best route to healthy and permanent weight control.