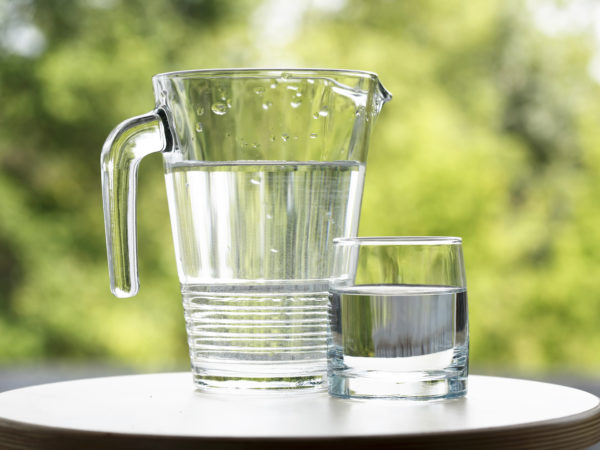 The idea that drinking water can accelerate weight loss is popular and persistent. I haven’t found much research to back this up, although some studies suggest that drinking more water than you customarily do might be helpful.

A recent study comes from investigators at Virginia Tech. The researchers found that middle-aged and older obese men and women who drank two cups of water before each meal lost five pounds more than a group of dieters in the same age range who didn’t change their water intake. A year later, those in the first group had kept off more weight than the participants in the second. However, the research team reported that for unknown reasons drinking two glasses of water before meals didn’t have the same effect in younger adults.

In findings reported in 2008, the same Virginia Tech team showed that older adults who drank two cups of water half an hour before breakfast consumed about 75 fewer calories than a comparable group who didn’t drink the water. For that study, none of the participants dieted – they could eat what they wanted as long as those assigned to drinking water continued to do so for the duration of the study.

Then the Virginia Tech team put more than 40 obese adults between the ages of 55 and 75 on a 1200 to 1500 calorie per day diet. Half were randomly assigned to drink a 16-ounce bottle of water before all three meals; the others were given the water but no instructions as to when they should drink it. After 12 weeks, those who drank the water had lost an average of 15.5 pounds compared to 11 pounds in the other group.

The reasons for these differences haven’t been identified. One theory holds that increasing water consumption might boost metabolism; another holds that drinking water cuts calories if the water substitutes for high-calorie beverages. And drinking water before meals may give you a feeling of fullness so that you eat less.

I came across another study, from Germany, which found an increase in metabolic rate (calorie burning) after participants had each consumed 17 ounces of water. The researchers estimated that increasing water consumption by 1.5 liters (just over six cups) a day would result in burning an extra 17,400 calories in a year, which would add up to a weight loss of about five pounds. They said 40 percent of the increase in calorie burning is due to the extra metabolic effort required to warm the water consumed up to body temperature. The findings were published in the December 2004 issue of The Journal of Clinical Endocrinology and Metabolism.

Drinking more water before meals certainly can’t hurt you, and it may speed weight loss a bit. But the overall contribution of the water-drinking isn’t likely to be significant.