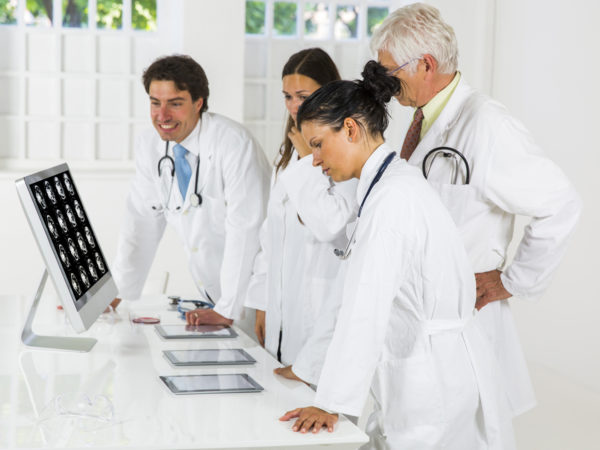 Maybe. A study published in December of 2006 does raise the interesting possibility that microbes in the intestinal tract play a key role in obesity. Here’s the story: researchers at Washington University in St. Louis have found that obese humans and obese mice have different percentages of certain bacteria in their guts than do normal sized people and mice. Specifically, they had fewer of a type of bacteria called Bacteroidetes and more of a kind called Firmicutes. What researchers don’t know yet is whether you grow more Firmicutes because you gain weight or if the little bugs contribute in some way to weight gain.

Normal gut bacteria allow humans to digest food that they can’t completely break down by themselves. One of the theories presented by the researchers is that people with certain communities of gut bacteria may be extracting more calories from digestion and absorption of their food than people with different gut flora, a novel and fascinating idea.

Losing weight seems to shift the bacterial balance in your favor. The investigators found that when they tested a dozen people who were about to go on a diet, they found that about three percent of the bacteria in the guts of the overweight folks were Bacteroidetes. After slimming down, the study subjects had higher levels of Bacteroidetes, close to 15 percent.

If these findings hold up after further research, they may lead the way to a new scientific understanding of obesity, and new ways of treating it. But this could be far from simple. In 2005, a researcher at Stanford University published a paper showing that each of us harbors some 550 different species of gut microbes, with numbers and types varying dramatically from person to person. So, if the microbe theory of obesity pans out, we will have to learn to customize treatment to shift each individual’s balance of bugs in the right direction. Research isn’t far enough along yet to suggest a specific benefit from probiotics, although taking ones that have more of the potentially beneficial Bacteroidetes species may be a place to start.