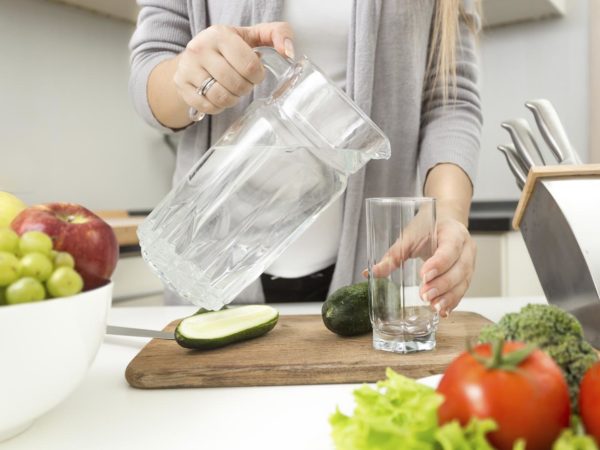 I haven’t seen any evidence showing that diet soda is as addictive as some drugs, but a few studies have suggested that people who drink these beverages habitually – several per day – can get hooked on them to some degree. Generally, researchers see this dependence as a craving associated with certain daily rituals or habits – a break from work, returning home, while driving, for example. And others have suggested that the caffeine in some of these drinks may be what keeps people coming back for more. We know that caffeine can alter mood and that caffeine withdrawal can lead to headaches and other physical symptoms including lethargy and nausea.

An interesting (but very small) study at the University of Colorado found that women who drank water sweetened with either sugar or Splenda couldn’t tell the difference between the two, but their brains could: functional MRIs showed that the brain’s reward system responded to both drinks but had a stronger reaction to the sugar. We know that humans crave sugar – this study suggests that we can crave artificial sweetness as well and that may be what explains the attraction.

We need more research to tell us whether diet sodas can lead to genuine addiction, but I know that many people are compelled to drink huge amounts – even liters – of diet cola a day.

As far as health is concerned, a study published online on January 27, 2012, in the Journal of General Internal Medicine found an increased risk of heart attack and stroke among individuals who had a daily diet soda habit. The analysis of data from more than 2,500 adults in New York City showed that the risk of heart attack, stroke or other vascular event (conditions that affect the circulatory system) was 43 percent higher among those who drank diet sodas daily than among others in the same population who didn’t drink any diet sodas or drank them infrequently (between one a month and six a week) and those who drank regular sodas. We don’t yet know what it is about diet soda that could explain the increased risks and the researchers noted that more study is needed to confirm their findings.

And, yes, there is some evidence linking diet sodas to weight gain. Over the course of nine years, epidemiologists at the University of Texas Health Science Center at San Antonio found a 70 percent greater increase in weight circumference among participants in a study of aging who drank diet soda compared to those who didn’t. Study participants who reported drinking two or more diet sodas daily had increases in waist circumference that were 500 times greater than those who didn’t drink diet soda. What we don’t know is whether the people in this study thought that drinking diet sodas gave them a free pass to eat whatever they wanted without regard to calorie content.

My biggest concern is that people who drink the most diet soda seem to be in the worst relationships with food.  When the brain gets a message that sweet calories are coming and they don’t arrive, the void may set you up for cravings that ultimately lead to consuming more calories.