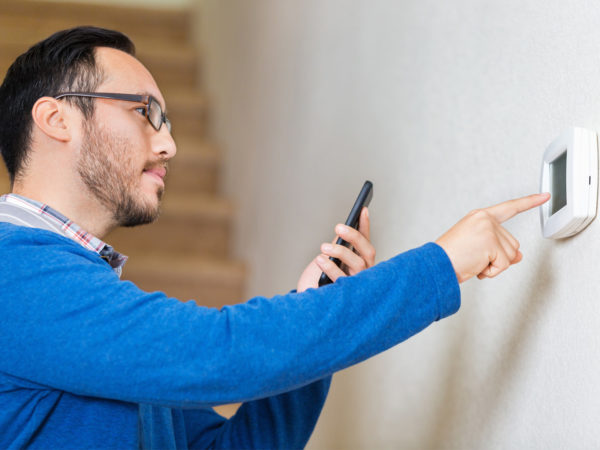 This warmer environment may have reduced the need for our bodies to burn calories to stay warm, thus contributing to weight gain. The researchers explained that cooler temperatures can activate brown fat, the type of fat that generates body heat. Earlier research suggests that 50 grams of maximally activated brown fat accounts for 20 percent of resting energy. That translates to burning 400 to 500 extra calories per day. The British team said that decreasing room temperature from 71.6°F (22°C) to 60.8°F (16°C) led to the activation of brown fat as demonstrated by positron emission tomography in almost all healthy volunteers tested. The investigators further cited research suggesting that when brown fat is fully activated it could result in calorie burning that would lead to a loss of 8.82 pounds per year.

The British team also considered the issue of whether appetite would be somewhat suppressed at higher temperatures, as earlier studies have shown. But the investigators said that any loss of appetite that occurs in warm room temperatures is unlikely to fully compensate for the reduced energy expenditure of a warm environment.

Turning down the thermostat in winter and turning up the air conditioner in summer might result in some weight loss (of these two choices, the former is better for the environment, as it conserves energy). If that’s all you’re doing, the amount you’ll lose over the course of a year might be nine pounds, if the studies are correct, but don’t forget to eat right and exercise regularly if you’re serious about losing weight.