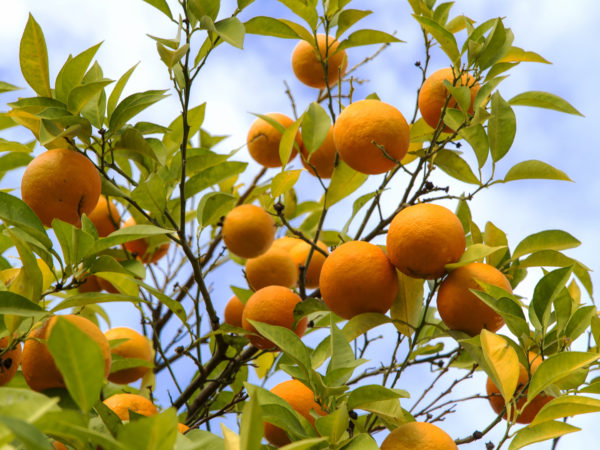 Bitter orange (Citrus aurantium) trees are common ornamental fruit trees, especially here in the southwest. The fruit may look good, but is very sour and has a bitter aftertaste. The rind is often cooked in syrup to make marmalade. Bitter orange has been used historically in Chinese medicine and by natives of the Amazon rainforest to treat nausea, indigestion and constipation. Today, bitter orange oil is used in foods, cosmetics and aromatherapy.

Bitter orange peel extracts have been added to herbal weight loss formulas since 2004 when the FDA banned the sale of ephedra and all products containing ephedrine because of the health risks they present. I have often warned against ephedrine, a stimulant that can raise the body’s core temperature and cause irregular heartbeat, insomnia and elevated blood pressure. What’s more, its energy-boosting effects can dangerously mask signs of fatigue and dehydration. Following the ban, many products began carrying the label “ephedra-free,” but that doesn’t mean they are free of stimulants.

Bitter orange contains synephrine, a compound which has similar effects. The National Center for Complementary and Alternative Medicine notes that there have been reports of fainting, heart attack and stroke in healthy people after taking bitter orange supplements alone or combined with caffeine. I’ve seen no evidence suggesting that bitter orange is safer than ephedra and none showing that supplements containing it lead to lasting weight loss. While some research indicates that bitter orange raises resting metabolic rate, and that in combination with caffeine can lead to weight loss, I would be skeptical that any weight loss achieved this way will be maintained. In studies in Italy, researchers found that lab rats given bitter orange ate less and lost weight but also developed heart abnormalities and died as the dose increased. The investigators cautioned that bitter orange may be especially dangerous for the elderly, the obese, and those with heart problems.

I advise you to avoid bitter orange if you have a heart condition or high blood pressure, if you regularly consume caffeinated beverages or if you take MAO (monoamine oxidase) inhibitors for depression.