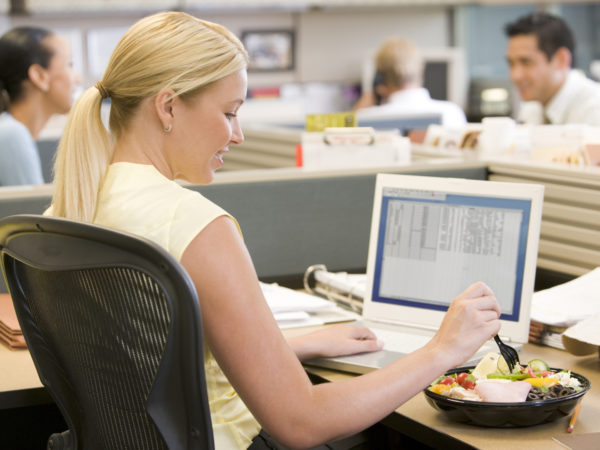 It’s not as far-fetched as you might think, and a few studies have shown that financial incentives can actually help promote weight loss. The latest was a clinical trial involving 105 obese employees at Children’s Hospital in Philadelphia. Investigators there looked at how cash payoffs could motivate people to reach individual weight goals over six months and keep the weight off for at least three months. Participants were divided into three groups:

Results showed that participants assigned to a team lost an average of 10.6 pounds in 24 weeks. The solo dieters in the first group didn’t do as well – their losses averaged only about four pounds. Those in the control group lost less than two pounds. Three months later, the team members had also done better than those in the control group at maintaining their losses. The solo dieters did about as well at maintenance as the team members. The study was published in the April 1, 2013, issue of the Annals of Internal Medicine.

Another study, from the Mayo Clinic, included 100 healthy but obese Mayo employees or their dependents. Participants were divided into four groups; two of the groups had financial incentives to lose four pounds a month and two did not. All the participants were weighed monthly for a year. Those in the incentive groups who hit their monthly goals received $20; those who didn’t had to put $20 into a bonus pool that would be available to all participants by lottery at the study’s end. Mean weight loss among those who were offered financial incentives was a bit more than nine pounds, compared to a mean of 2.34 pounds among those who attempted to lose weight without the promise of a cash bonus. The study was presented on March 9, 2013, at the American College of Cardiology’s 62nd Annual Scientific Session.

When I was first asked about dieting for dollars in 2009, I reported on a study from the University of Pennsylvania showing that two groups of people who were given financial incentives to lose weight were more successful than those in a control group who followed the same program. About half of those in the two financially incentivized groups succeeded in losing 16 pounds in 16 weeks, and on average, these participants lost more than 13 pounds compared to an average loss of only 3.9 pounds in the control group. That study was published in the December 10, 2008, issue of the Journal of the American Medical Association.

We’ll probably be hearing a lot more about cash incentives for weight loss (or smoking cessation or changing other health-damaging behaviors) once the Affordable Care Act goes into effect in 2014. A provision of the law allows employers to reward employees who abandon unhealthy behaviors.
If winning (or, at least, not losing) money is the incentive you need, by all means bet on your ability to lose weight. However, if you win, you would be prudent to make another, bigger bet that you can succeed at the tougher job of keeping excess pounds off.