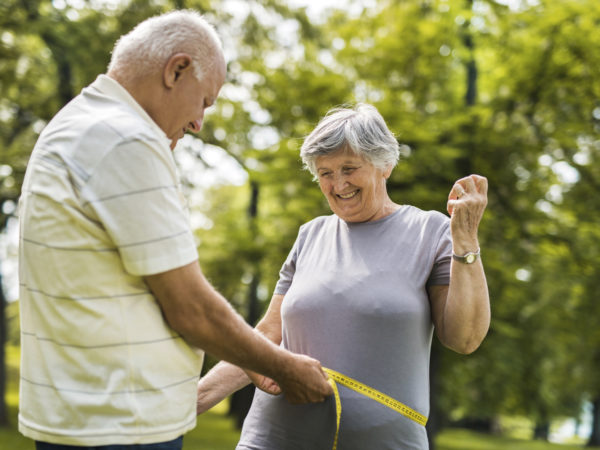 You probably heard about a study published in May, 2010, showing that an initial quick weight loss results in better long term results than paring pounds slowly. Researchers from the University of Florida came to this conclusion after analyzing data on 262 obese, middle-aged women who followed a six-month program to cut calories and increase activity. Their goal was to lose about a pound a week. The researchers divided the women into three groups based on how quickly they had lost unwanted weight while following the same program. The ones in the “fast” group lost more than a pound and a half a week; those in the “moderate” group lost between half a pound and a pound and a half a week; and those in the “slow” group lost less than half a pound a week.

Six months after the program ended, the investigators checked the women’s weight and checked again at 18 months. The results: the fast losers dropped more weight overall, maintained their losses longer and were less likely to regain than those who lost gradually. The fast losers also were five times more likely to achieve the goal of a 10 percent weight loss than those in the slow group; the women in the “moderate” group were almost three times more likely to lose 10 percent of their weight than the women in the slow group. The study was published online on May 5, 2010, in the International Journal of Behavioral Medicine.

The researchers concluded that their findings provide evidence that losing weight quickly doesn’t make you more prone to regaining, as some evidence suggests (and popular belief holds). But other studies have shown that losing slowly and steadily is the best route to successful long-term weight reduction. (The definition of quick weight loss will vary, of course). In this case, the groups were self-selected based on their rate of loss, rather than being put in a group randomly and required to lose a certain amount per week. It may simply be that women who are more motivated to reach and maintain a healthy weight tend to lose weight a bit more quickly.

However you go about it, losing weight isn’t easy. I suspect that we still have a lot to learn about whether slow, fast or in-between is the best way to shed unwanted pounds and keep them off.