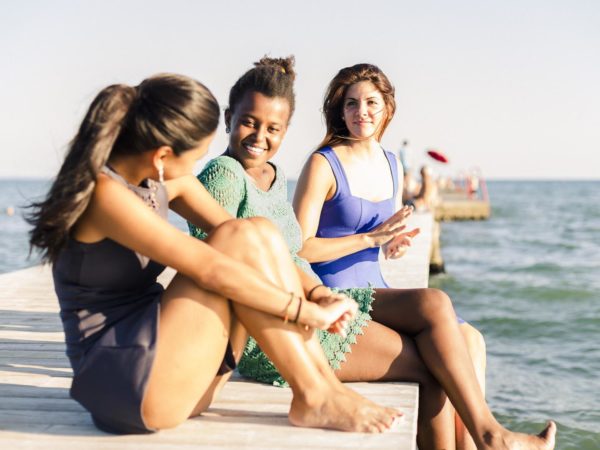 I was glad to read not long ago that the fashion world has finally begun to back away from stick-thin models – the kind many young girls strive to emulate. Sad to say, it took the death due to anorexia nervosa of Ana Carolina Reston, 21, a Brazilian model, to get the fashion folks to tune into this problem. Some fashion houses in Italy and Spain have agreed to ban from runways those models whose body mass index is less than 18. When she died, Ms. Reston was 5’8″ and weighed only 88 pounds, the normal weight of a 12 year old girl no more than about five feet tall. Her BMI was 13.5; a BMI in the neighborhood of 15 is considered an indication of starvation. Government officials in England and India have also voiced concern about young girls who diet to become as ultra-thin as the models they see in magazines and on television.

Another welcome development came when the Oscar-nominated actress Kate Winslet spoke out against the ultra-thin trend. The mother of a six-year-old daughter, Ms. Winslet said in a BBC interview that she refused to keep magazines in the house because she worries that her daughter would see the models and buy into thinness as an ideal. “What I resent,” she said, “is that there is an image of perfection that is getting thinner and thinner.”

One tip-off to an unhealthy preoccupation with weight among young girls is how often they weigh themselves. A study from the University of Minnesota published in the December, 2006, issue of the Journal of Adolescent Health found that girls who weighed themselves frequently were more likely to skip meals, use diet pills or laxatives, smoke, and binge and vomit to lose weight. Ten percent of the Minnesota junior high and senior high school girls who took part said that they weighed themselves often and 92 percent of that group said that they engaged in some type of unhealthy behavior designed to lose weight. Interestingly, junior high girls who said they weighed themselves often gained an average of 33.3 pounds over five years compared with an average weight gain of 18.6 pounds for girls of the same age who didn’t weigh themselves frequently. The findings didn’t apply to the boys in the study. A total of 2,516 boys and girls participated.

If your daughter’s preoccupation with her weight leads her to any of the behaviors that suggest an eating disorder, be sure to get professional help promptly.