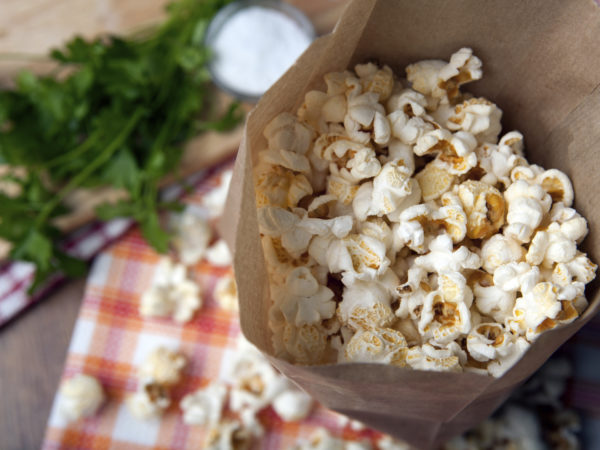 It is true that 200 environmental health experts have signed a statement urging restrictions on the use of PFASs, the poly-and perfluoralkyl compounds that have replaced ones formerly used in Teflon. In the statement, the scientists urged consumers to avoid products containing PFASs. That is not so easy to do. These substances, which have waterproof properties, are in pizza boxes (they prevent the oil from seeping through), fast-food wrappers, cosmetics, electronics, furniture, waterproof clothing, sneakers, carpets, microwave popcorn bags and many other products.

In their statement (known as the “Madrid Statement”), the scientists wrote that PFASs have been found indoors and outdoors, in wildlife and human tissue and body fluids worldwide. They are emitted via industrial processes and military and firefighting operations and also migrate out of consumer products into air, household dust, food, ground and surface water, soil and drinking water.

In an editorial in the May 2015 issue of Environmental Health Perspectives, Linda S. Birnbaum, the head of the national toxicology program for the Department of Health and Human Services, questioned whether PFASs should continue to be used in consumer products given their persistence in the environment.

Any legislative effort to restrict their use would go up against some powerful interests. According to the New York Times, the PFAS family of chemicals represented a sizable fraction of the chemical company DuPont’s $34.7 billion in sales in 2014. Not surprisingly, a spokesman for DuPont responded to the Madrid Statement by maintaining that studies by regulatory agencies found PFASs safe for their intended uses.

Meanwhile, the Environmental Working Group, a Washington, D.C. nonprofit organization that advocates for policies that protect global and individual health, issued a report charging that few of the replacement chemicals in Teflon have been tested for safety, and that the names, composition and health effects of most are hidden as trade secrets. With the potential for harm from these chemicals the EWG argued that “we’re a long way from the day when (they) will be no cause for concern.”

In a report titled “Poisoned Legacy,” the EWG charged “even as the threat from the new generation of [these chemicals] grows, DuPont is trying to skirt the consequences of its toxic irresponsibility” by failing to live up to terms of a 2005 settlement to clean up the mid-Ohio Valley and compensate residents of Ohio and West Virginia. The plaintiffs charged that the company is responsible for a threat to human health stemming from concentrations of the chemical PFOA found in drinking water near a DuPont manufacturing plant in West Virginia.