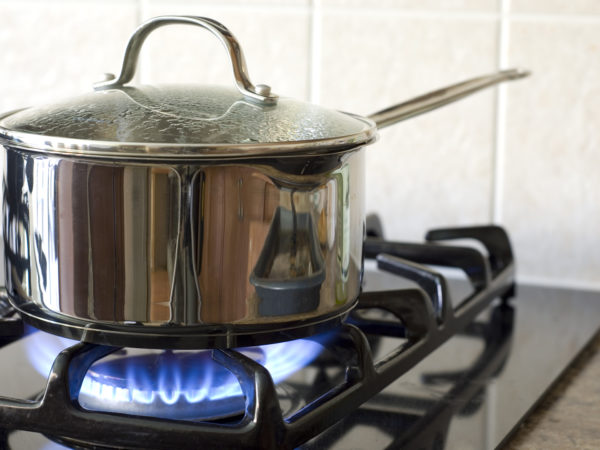 The chemical in question is perfluorooctanoic acid, known as PFOA or C-8, a compound used to make some brands of cookware and other stain-and stick-resistant materials including some breathable/waterproof fabrics and pizza boxes. In June 2005, a scientific advisory panel to the U.S. Environmental Protection Agency (EPA) identified PFOA as a “likely carcinogen” but drew no conclusions as to whether products made with it pose a cancer risk to humans. However, it did say that animal studies have identified four types of tumors in rats and mice exposed to PFOA. The American Cancer Society reports that studies in humans have found that people who are exposed to PFOA as part of their employment have higher than normal risks of bladder and kidney cancers.

The panel’s findings should prompt the EPA to undertake a formal cancer-risk assessment of PFOA to see if it influences the development of cancer in humans. A related study currently underway is looking at potential health problems among thousands of residents of Ohio and West Virginia who have filed a lawsuit alleging that DuPont is responsible for the threat to human health posed by PFOA. Concentrations of the chemical have been found in drinking water from supplies near a DuPont manufacturing plant in West Virginia. Also at issue for the EPA: the question of whether the DuPont company, which manufactures the non-stick Teflon brand, knew that PFOA was a likely carcinogen and kept that information to itself. Meanwhile, DuPont has made a commitment to phase out its manufacture and use of PFOA by 2015.

You should be aware that the danger of exposure to PFOA primarily concerns those involved in the manufacturing of the pans, not users of coated cookware. The non-stick coating itself appears safe unless it is heated to high temperatures, when it emits fumes toxic enough to poison fowl, especially pet birds kept in cages in or near kitchens (birds are much more sensitive to these fumes than humans and other mammals). The exact temperature at which this occurs is not clear. DuPont has long acknowledged that heating Teflon cookware to temperatures as low as 464 degrees is harmful to birds but has said that the fumes aren’t a problem for humans because most consumers don’t exceed that temperature when cooking. But that may not be so, especially if you leave a coated pan unattended on the stove. If the fumes can poison birds, what can they do to us? Probably nothing good.

I have a non-stick coated skillet that is very convenient, but I use it for controlled-temperature sautéing (i.e., with some liquid in the pan) and I’m very careful to never let it get too hot. I also like the new, ceramic-coated non-stick pans, which are made without PFOA. Finally, I would point out that cleaning stainless steel saucepans is far from an impossible task, they just require some soaking and a little elbow grease.

Sources:
American Cancer Society, “Teflon and Perfluorooctanoic Acid (PFOA) What are these substances? Where are they found?” http://www.cancer.org/cancer/cancercauses/othercarcinogens/athome/teflon-and-perfluorooctanoic-acid–pfoa, accessed April 30, 2014