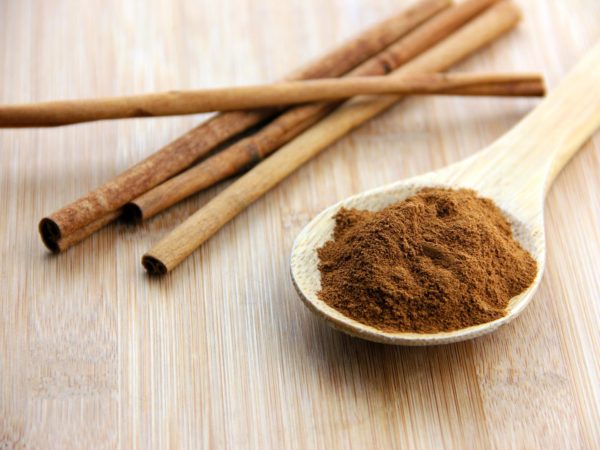 Cinnamon (Cinnamonum verum), the dried brown bark of the cinnamon tree, is one of the oldest spices known to humanity. Its fragrant, warm and sweet characteristics were mentioned in the Bible, as well as one of the earliest books on Chinese botanical medicine dating back to 2,700 BC. Cinnamon sticks were used in ancient Egypt, where it was at times considered more precious than gold. In medieval Europe, ground cinnamon was a mainstay of the spice trade.

More than 100 different varieties are cultivated today. “Ceylon cinnamon” and “Chinese cinnamon” are the most popular. Ceylon cinnamon – also referred to as “true cinnamon” – is produced in Sri Lanka, India, Madagascar, Brazil and the Caribbean. It is known for its relatively refined and subtle taste. Chinese cinnamon, also known as “cassia,” is produced in China, Vietnam and Indonesia It is less costly, and is the type most popular in North America.

The health benefits of cinnamon are numerous, and it is well known as an anti-inflammatory and anti-microbial agent. The therapeutic powers of cinnamon come from its essential oils, which have been researched for their anti-clotting effects on blood platelets. Cinnamon has also been studied for blood sugar control; it appears to slow the rate at which the stomach empties after meals, which evens out blood sugar highs and lows. Studies also suggest a therapeutic use of cinnamon for type 2 diabetes, as it appears to improve the body’s sensitivity to insulin. The journal Diabetes Care stated thatconsuming as little as one gram of cinnamon daily reduced blood sugar, triglycerides, LDL (bad) cholesterol, and total cholesterol in people with type 2 diabetes.

Although other analyses of relevant studies have found no improvement in diabetic patients taking cinnamon supplements, a review appearing in The Annals of Family Medicine seems to contradict those findings. According to data from recent trials of type 2 diabetics using cinnamon, there seem to be beneficial effects on both blood sugar and cholesterol.

While further research needs to be done to validate these findings, Dr. Weil suggests that because cinnamon is safe and easily added to the diet, those with type 2 diabetes should definitely use the spice in cooking.

The essential oils in cinnamon are anti-microbial, and appear to be highly effective in helping stop the growth of bacteria and fungi. Cinnamon has been shown to stop the yeast Candida and can be used as an effective food preservative: a study published in the International Journal of Food Microbiology showed that a few drops of cinnamon essential oil added to carrot broth inhibited the growth of the foodborne pathogenic Bacillus cereus for at least 60 days.

Cinnamon has been used for centuries for digestive disorders. It can also be used topically as a mouth freshener. Be aware that some cassia cinnamon products may contain high levels of coumarin, which may cause liver toxicity in very high doses (50 – 7,000 mg/day). People with liver disease should consult their physician before taking cinnamon in quantities higher than are typical for culinary purposes.

Nutritionally, cinnamon is an excellent source of fiber and manganese, and a very good source of calcium. This combination of fiber and calcium may reduce the risk of colon cancer – each, separately, has been shown to lower risk.

Dr. Weil’s take:
Cinnamon is available in powder form or sticks – rolled, dried pieces of the bark. Cinnamon sticks will last for up to one year stored in a tightly sealed glass container away from light or heat; the powder form will last half this time. When choosing, remember that powdered cinnamon has a much stronger flavor.

The warming, spicy flavor of cinnamon makes it a good complement to winter foods such as stews and hot beverages, as well as spicy foods like curries and moles. It is also a staple in baked goods, and can be added to fresh fruit, black beans and cereals.

Watch as Dr. Weil discusses cinnamon in his healthy kitchen.