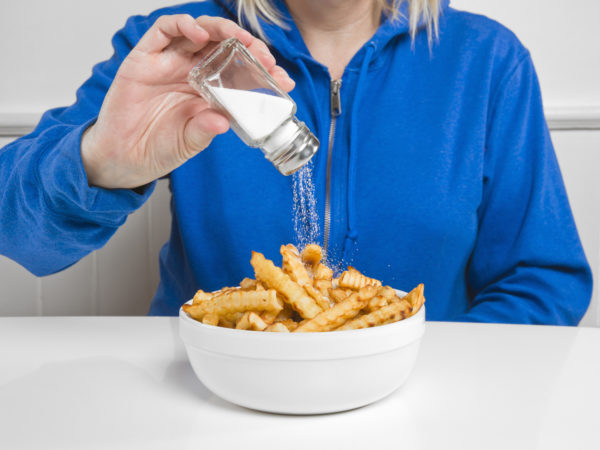 We should all be watching our salt intake, but you needn’t feel guilty about the salt you use in cooking or sprinkle on your food at mealtime. According to a recent study those amounts add up to only 11 percent of the average daily intake and well below the recommended daily sodium limit. To find out where all the salt in our diets comes from researchers at the University of Minnesota School of Public Health in Minneapolis interviewed 450 adults from Birmingham, AL, Minneapolis, and Palo Alto, CA about everything they ate over a period of four days. They also asked the study participants to bring a plastic bag to the interviews containing the amount of salt they added to their food during those four days. The result: total salt consumption averaged 3,501 mg, which is 1,201 mg above the recommended limit of 2,300 mg daily (the amount in one teaspoon). The 11 percent used in cooking and at the table was dwarfed by the amount of sodium – 71 percent of daily consumption – from processed and restaurant foods. The researchers reported that an additional 14 percent occurred naturally in food. The study showed that male participants consumed 24 percent more salt than women, that Blacks and Asians added more salt to their food than Hispanics and that those with lower levels of education consumed more salt than those with higher levels.

My take? We’ve known for some time that processed and restaurant foods are the major sources of salt in the American diet. The best way to cut down is to start gradually by eating fewer processed foods and replacing them with fresh fruits and vegetables and meals you cook at home. In addition, avoid foods with visible salt such as pretzels, chips and salted nuts, watch out for condiments including soy sauce, salad dressings, sauces, dips, ketchup, mustard and relish – all are high in sodium as are luncheon meat, bacon, hot dogs, sausage and ham. 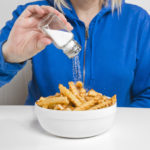 Cutting Back On Salt For Better Sleep 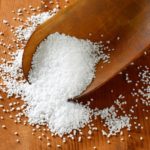 Which Is Better: Iodized Salt Or Sea Salt?