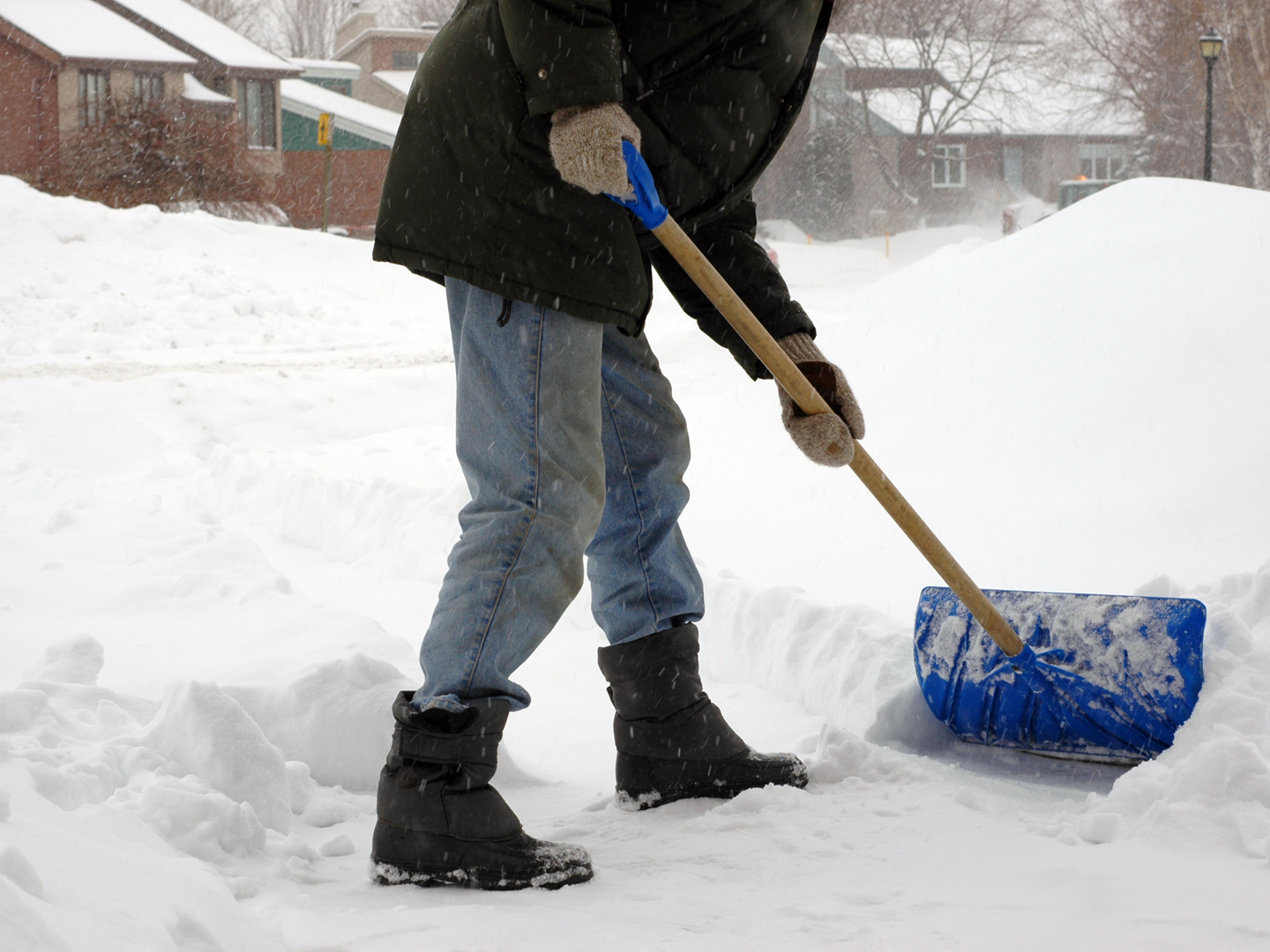 Men who are out of shape or have heart disease (and those at risk) should probably avoid shoveling snow after a heavy storm. Canadian researchers reached this conclusion after examining 128,073 hospital admissions and 68,155 deaths from heart attack in the province of Quebec between 1981 and 2014, focusing on the months when snow is most likely to fall there. They found that about 60 percent of admissions and heart attack deaths occurred in men, and that about one-third of the heart attacks occurred the day after a snowfall. The link between heart attacks and snow shoveling was even more evident after snowfalls lasting 2 to 3 days, the researchers reported. No such effects were seen in women, presumably because men are more likely to shovel snow, especially after heavy snowfalls. Lead author Nathalie Auger of the University of Montreal Hospital Research Centre, noted that snow shoveling is demanding cardiovascular exercise requiring more than 75 percent of the maximum heart rate, particularly when it requires lifting heavy loads.

My take? This study’s findings reinforce previous warnings against shoveling snow if you have coronary artery disease. Unfortunately, this is a condition that is undiagnosed in many people. The demands on the heart from shoveling are generally not a problem for healthy individuals, but earlier research examining the increase in heart rate it causes reported shoveling was a moderately intense activity for college-age individuals most of the time. In fact, for about one third of the 14 minutes they shoveled their activity qualified as vigorous. In addition to those who already have had a heart attack or a history of heart disease, men at greatest risk from snow shoveling are those with high blood pressure or high cholesterol levels, smokers, and anyone leading a sedentary lifestyle. By the way, some evidence suggests that very cold temperatures are associated with an increased risk of heart attacks, independent of physical activity.