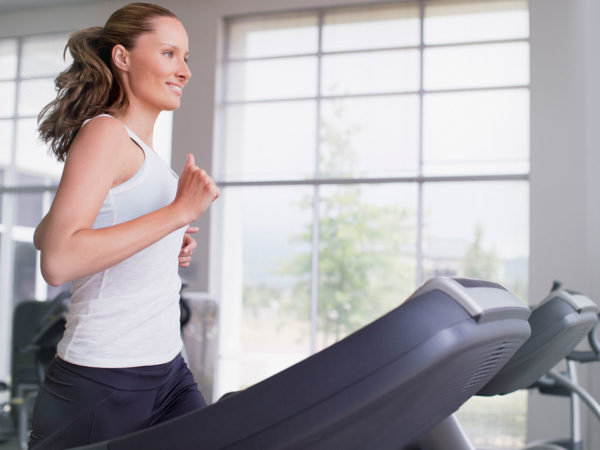 It takes a while for benefits to kick in, but a new study from New Zealand showed that running on a treadmill three times a week for four weeks followed by exercise at home for six months helped ease menstrual pain for women taking part in a seven-month study. The researchers reported that after four weeks, pain had eased by six percent and over the course of the study diminished by 22 percent. A total of 70 women between the ages of 18 and 43 took part as did a control group of women who did not exercise. Those who exercised began working out in a month-long supervised treadmill training program beginning the day after their menstrual period ended and then exercised at home for the next six months. In addition to the women reporting less pain, the researchers measured a higher quality of life and improved daily functioning among the women who exercised but no improvement in sleep quality. Investigator Leica Claydon-Mueller of Anglia Ruskin University noted that exercise is often the last thing women who have painful periods want to do but “this trial demonstrated that exercise significantly reduced pain” for the women taking part.

More Benefits Of The Great Outdoors