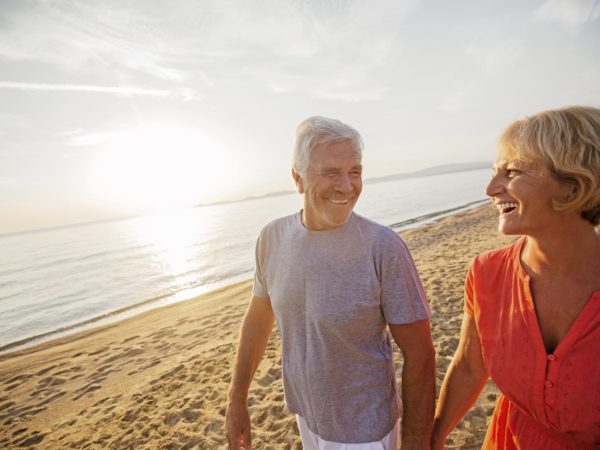 To explore whether vitamin D supplements could help people shed excess pounds, researchers at Italy’s University of Milan analyzed data from 400 obese or overweight patients from 2011 to 2013. The patients were all put on a low-calorie diet and were divided into three groups. Those in the first group took no vitamin D supplements. Group two received supplement totaling 25,000 international units (IUs) per month, and group three took 100,000 IUs per month.

After six months, the researchers found that only those patients taking 100,000 IUs per month had achieved optimal levels of the vitamin. However, they also found that participants who took either dose of D lost more weight than patients who followed the diet but took no supplemental vitamin D. Based on these findings, the researchers suggested that all people who are obese have their vitamin D levels tested, and advised them to start taking supplements if they are deficient.

I recommend a daily dose of at least 2,000 IUs of vitamin D. We can get vitamin D from foods such as fortified milk and cereals as well as eggs, salmon, tuna and mackerel, but the amounts found naturally in most foods are not significant. Sun exposure is the best way to maintain adequate levels; ultraviolet rays trigger vitamin D synthesis in the skin. In spite of the ability to make our own vitamin D, most people in the U.S. need to take supplemental vitamin D, especially seniors, as the ability to synthesize it in the skin declines with age.

Don’t be concerned that 2,000 IU daily will give you too much. With exposure to sunlight in the summer, the body can generate between 10,000 IU and 20,000 IU of vitamin D per hour with no ill effects. In addition, no adverse effects have been seen with supplemental vitamin D intakes up to 10,000 IU daily. What’s more, new research from the Mayo Clinic shows that out of more than 20,000 tests, only eight percent of people had levels higher than 50 nanograms per milliliter (ng/ml), which is considered high and only one percent had levels higher than 100 ng/ml. However, the researchers reported that even in those with levels of vitamin D over 50 ng/mL, no one had elevated serum calcium (hypercalcemia), which can occur when blood levels are very high. Too much calcium in the blood can cause weakness, lead to kidney stones, interfere with heart and brain function, and even prove life threatening. The Mayo Clinic researchers found only one case of true acute vitamin D toxicity over the 10-year span of the study. This occurred in an individual who had been taking 50,000 IUs of D daily plus calcium supplements for more than three months. For the record, the U.S. Institute of Medicine recommends an upper limit of vitamin D supplementation of 4,000 IU per day for those whose levels are low or deficient.