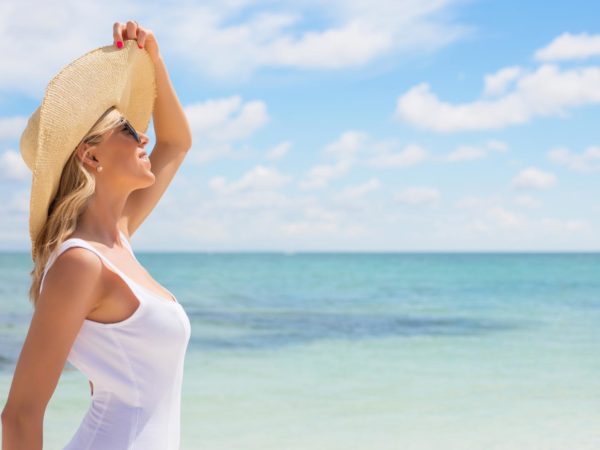 You’re not alone. Most adults in the United States are not getting enough vitamin D, which we need for bone health. In addition, more and more research suggests we need this hormone for protection against a number of serious diseases, including many types of cancer. The principal reason for widespread deficiencies in vitamin D is not spending enough time in the sun. Our bodies synthesize vitamin D with exposure to sunlight, but it’s tough to get optimal exposure, particularly in northern latitudes during the dark winter months. If you live north of the latitude of Atlanta, Georgia, the sun is not high enough in the sky half of the year to stimulate vitamin D production in the skin. Even in southern Arizona, where I live, vitamin D deficiency is common because dermatologists have made everyone so paranoid about sun exposure that most people here use sunscreen all the time, and sunscreen blocks vitamin D synthesis. What’s more, the older you get, the greater the risk of vitamin D deficiency. With advancing age, the skin cannot synthesize vitamin D as efficiently as it once did and the kidneys are less able to convert vitamin D to its active hormone form.

It also isn’t easy to get enough D from your diet. The best sources are fortified milk and cereals, eggs, salmon, tuna, mackerel and sardines. (Unfortunately, most fortified foods provide vitamin D2, a form which is less well utilized by the body than the D3 you make with sun exposure.)

For all these reasons, I recommend that everyone take 2,000 IU a day of vitamin D3. Although current methods don’t always yield accurate results, I also recommend that everyone get their vitamin D level tested. Look for results in the normal range, from 30.0 to 74.0 nanograms of 25-hydroxy vitamin D per milliliter (ng/mL) of blood. (Normal value ranges may vary slightly among different labs.)

Treatment for a vitamin D deficiency is 50,000 IU of vitamin D per week, usually for eight weeks, followed by 50,000 IU once or twice per month thereafter.