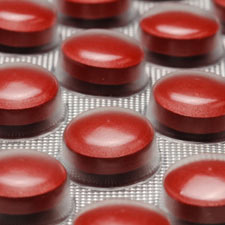 Sublingual vitamin B12 is a form of the vitamin that is taken under the tongue, usually as a spray or small lozenge that melts. Taking B12 this way improves absorption and is often better for seniors, who tend to be less able to absorb oral B12 from the stomach.

Regardless of the form it comes in, vitamin B12 is used to treat pernicious anemia, a much different condition from the more common iron-deficiency anemia. Pernicious anemia is due to vitamin B12 deficiency and is rare in young people – except those who eat no animal products, which are our only dietary sources of B12. This type of anemia can also occur in adults who lack sufficient "intrinsic factor," a protein produced in the stomach that is essential for B12 absorption in the small intestine. Failure to produce intrinsic factor can be genetic in nature or caused by atrophy of the stomach lining (common in older age), or by autoimmunity. Without enough B12, red blood cells don’t divide normally and are too large. As a result, you don’t have enough of them. Symptoms of this condition are fatigue and weakness. Untreated pernicious anemia can damage the heart, brain and other organs, cause nerve damage, loss of balance and memory, and digestive tract problems and can lead to higher risks of fractures and stomach cancer. If your niece has pernicious anemia, she needs B12, not iron.

If she has iron-deficiency anemia, she needs iron, not B12. Common causes of iron deficiency anemia include blood loss (including heavy menstrual bleeding in young women) and longtime use of aspirin, ibuprofen, or arthritis medicines; these can cause gastrointestinal bleeding. Symptoms of iron deficiency include fatigue, feeling weak, headaches, problems concentrating or thinking, and in more severe cases, a blue tinge to the whites of the eyes, brittle nails, lightheadedness when you stand, pale skin, shortness of breath and sore tongue.

No one should be taking iron supplements without a doctor’s recommendation to do so. Mild to moderate cases of iron-deficiency anemia can be treated with an over-the-counter or prescribed iron supplement. Take 100 mg of vitamin C with each dose to increase absorption. If your niece is having trouble taking an iron supplement, she can try the following suggestions for adding more iron to the diet:

If your niece’s physician has prescribed iron and your niece can’t handle the supplement, she should be sure to let the doctor know if she stops taking it and is trying to increase her iron stores via the steps outlined above. These may not be adequate if she is severely anemic.