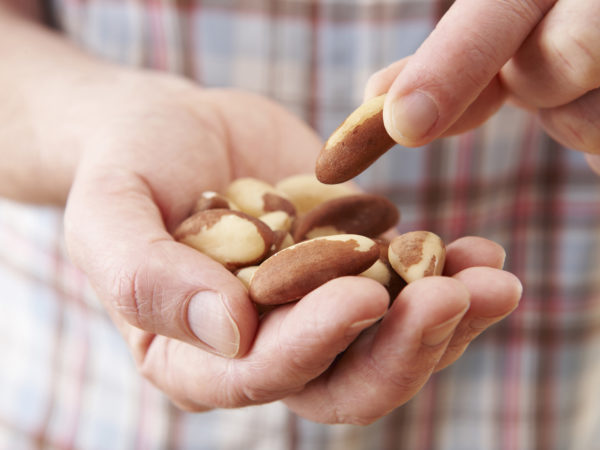 What is selenium?
Selenium is a mineral found in soil, water, and some foods. It is required in trace amounts for normal health, and is an essential element in several metabolic pathways.

Why is selenium necessary?
It has antioxidant properties that help the body prevent cellular damage from free radicals, and one of its most valuable roles is as a cofactor of an important antioxidant enzyme in the body called glutathione peroxidase. It also helps support a strong immune system, regulates thyroid function, and may help reduce the risk of prostate and secondary cancers. It also plays a role in the prevention of cataracts and heart disease.

What are the signs of a deficiency?
In the United States, selenium deficiency is rare, but in areas where the soil concentration of selenium is low, such as in China, deficiencies are more common. A deficiency in selenium can affect thyroid function and lead to diseases such as: Keshan Disease (enlarged heart and poor heart function in children), Kashin-Beck Disease (results in osteoarthropathy), and Myxedematous Endemic Cretinism (results in mental retardation). Symptoms can include muscle weakness and pain.

How much, and what kind, does an adult need?
The Recommended Dietary Allowance (RDA) for adults is 80-200 mcgs. For adult females it is 55 mcg; adult males, 70 mcg; for pregnant females, 65 mcg; for lactating females, 75 mcg. Dr. Weil recommends using an organic form of selenium, such as yeast bound selenium or selenomethionine.

How do you get enough selenium from foods?
Brazil nuts are an abundant source of selenium – one nut provides about 200 mcg (in fact, the NIH warns that Brazil nuts should be eaten “only occasionally” because of their unusually high selenium levels). Other good dietary sources include: brewer’s yeast, wheat germ, garlic, grains, sunflower seeds, walnuts, raisins, and shellfish and both fresh- and saltwater fish.

Are there any risks associated with too much selenium?
Selenium toxicity is rare in the U.S., but high blood levels of selenium can result in selenosis, a condition with side effects including gastrointestinal distress, hair loss, white spots on nails, fatigue, and irritability.

Are there any other special considerations?
It is best to take selenium and vitamin E together as they facilitate each other’s absorption. Gastrointestinal disorders such as Crohn’s disease may block selenium absorption. Avoid taking inorganic forms, such as selenium selenite, which adversely interacts with Vitamin C and other nutrients.