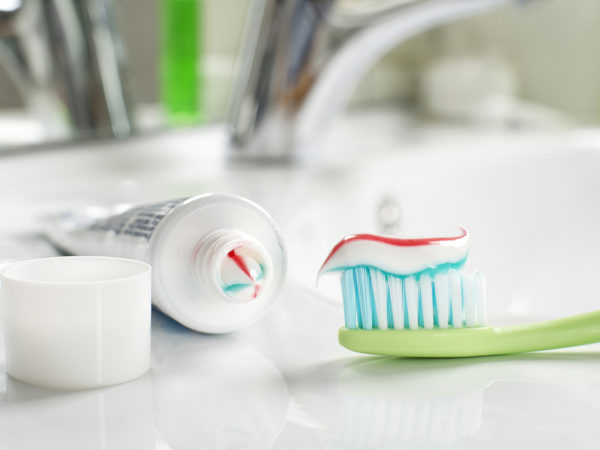 What is fluoride?
Fluorides, commonly known by the collective term fluoride, are compounds containing fluorine, the most reactive element found on the periodic table. The most common fluorides are sodium fluoride and calcium fluoride, which is found naturally in low concentration in bodies of water, especially well water, and in some foods. Fluorides such as hexaflourosilicic acid and sodium hexafluorosilicate are also added to city water supplies to help prevent tooth decay. Sodium fluoride, stannous fluoride, and sodium monofluorophosphate are all fluorine compounds added to toothpaste, also to help prevent tooth decay.

Why is it necessary?
Fluoride can help prevent tooth decay and cavities, and promotes strong teeth and enamel. The addition of fluoride to most public water supplies is credited with a 40 to 60 percent reduction in tooth decay in both children and adults who live in fluoridated communities. This practice, begun in the 1940s, remains controversial, as some regard it as a form of compulsory mass medication that may have unwanted health effects. There have, however, been no unequivocal studies demonstrating harm, and the U.S. Centers for Disease Control has labeled fluoridation of drinking water one of the “Ten Great Public Health Achievements” of the 20th century.

What are the signs of a deficiency?
Tooth decay and poor tooth health are signs of fluoride deficiency, and long-term deficiency can lead to osteoporosis.

How much, and what kind, does an adult need?
The National Institutes of Health (NIH) recommends adult males get four mg daily and adult females (including those who are pregnant or lactating) get three mg daily. Up to 10 mg of fluoride daily from food and water is considered safe for adults. Recent research suggests that adults may not benefit from systemic fluoride and that their intake from fluoridated water is questionable. The use of topical fluoride products may produce better results after permanent teeth have appeared.

How much does a child need?
The NIH recommends a daily intake of:

Are there any risks associated with too much?
Consuming excessive fluoride can create chalky white, irregular patches on the surface of teeth, causing the enamel to appear mottled. In very large amounts it is toxic and can cause gastrointestinal symptoms and sometimes even death. Signs of fluoride overdose include excessive salivation, tremors, weakness, convulsion and a soapy or salty taste in the mouth. In addition, high amounts, over several years can cause brittle bones, but this is extremely rare.

Are there any other special considerations?
Children should be instructed not to swallow toothpaste, but if your children drink bottled or filtered water, they may need supplemental fluoride (ask your dentist to prescribe the proper dosage). Ingested fluoride is of no benefit to adults, so they should be sure to use a toothpaste containing fluoride, (but again, don’t swallow it). It is particularly important that pregnant women ingest the recommended adult female dosage to ensure proper development of their babies’ teeth.