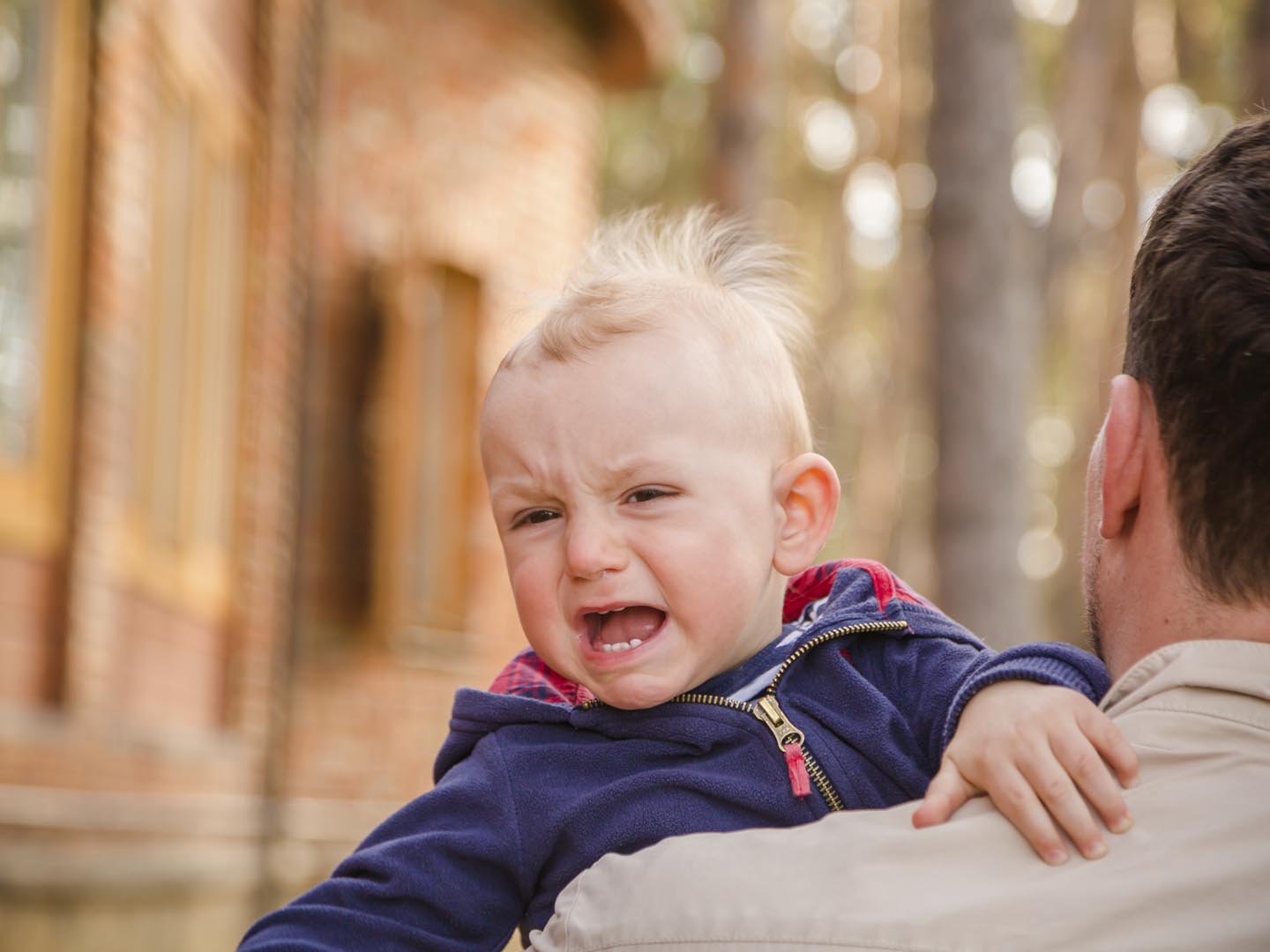 What is colic?
Colic is often defined by the “rule of three’s” – an infant crying at least three hours a day for three or more days in the week, lasting longer than three weeks. After birth, most babies do begin to get fussier starting around three weeks of age, and peaking between four and six weeks old. Only about 25 percent of those fussy infants exhibit sufficiently severe distress to be diagnosed with colic. Fortunately, colicky symptoms often go away by three to four months of age.

What are the symptoms of colic?
In an otherwise healthy, well-fed baby, the following signs of colic include:

What are the causes of colic?
There is no single known cause but there are several theories. Some doctors think that this irritating phase is simply part of normal development, and the only problem is the parents’ response.

Assuming that it is indeed a real condition worthy of attention, other factors increase a child’s risk of getting colic. It is known that exposure to cigarette smoke doubles the chance of colic. Studies also suggest food sensitivities might play a role and implicate particular dietary items in certain children, especially cow’s milk, eggs, wheat, nuts, soy and shellfish. Moreover, some doctors question the ability of colicky children to digest particular kinds of carbohydrates, thus causing them to be more gassy and irritable.

An Italian study from the January, 2007, issue of Pediatrics found that colicky infants improved after receiving beneficial bacteria in the form of liquid probiotics. This would suggest colic being related to the mix of bacteria in babies’ guts, and would offer a simple treatment to maintain or restore that healthy mix of intestinal bacteria.

What is the conventional treatment of colic?
The first thing to do is exclude other reasons for a baby’s crying. Make sure the infant isn’t running a fever, isn’t lethargic, is eating normally and isn’t having any trouble breathing. Your pediatrician will also want to exclude abdominal issues like a hernia or bowel obstruction, as well as GERD (gastroesophageal reflux disease), which can also occur among babies (although it is much more common among adults). Any other visible cause of pain can be excluded by a careful physical exam. Lab tests, X-rays and other diagnostic tests are usually not needed.

The good news about colic is that what you see is usually what you get – a fussy, crying but otherwise perfectly healthy baby.

What are the natural treatments for colic that Dr. Weil recommends?
Helping a child with colic is primarily a matter of trial and error. Different children respond to different interventions. Dr. Weil’s colleague Dr. Russell Greenfield, co-author of Healthy Child, Whole Child (Harper Resource), offers these suggestions for dealing with colic – and with the frustration it can breed among parents:

And if you fear colic will make you crazy, take heart: a Canadian study that found that mothers don’t appear to sustain any lasting psychological effects as a result of dealing with a colicky infant.