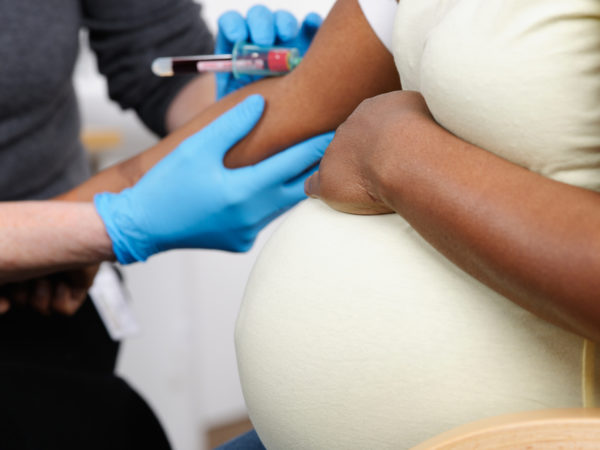 A study from the University of California, Davis, suggests that the babies of women who failed to take prenatal vitamin/mineral supplements as recommended by obstetricians are at higher risk of autism than the children of women who took the supplements before and during pregnancy. In fact, the study found that prospective mothers age 35 and older whose iron intake was low had five times the normal risk of having a child with autism.

However, this study is not likely to be the last word on the subject. The researchers noted that their findings need to be confirmed by further investigation, but also made the point that women do need to take recommended prenatal vitamins. These formulations typically contain more folic acid and iron than do standard adult multivitamins. Folic acid deficiencies can lead to abnormalities of the brain and spine.

Bear in mind that the study showed only an association between iron deficiency and autism. It did not prove cause and effect. The researchers noted that 40 to 50 percent of pregnant women are iron deficient, and that a deficiency early in life can lead to impairments of thinking, motor skills, social engagement, and language development.

The same researchers were part of a team that found in an earlier study that autistic children often have low iron levels and may absorb or metabolize iron inefficiently. Iron is vital to early brain development – it contributes to production of neurotransmitters and development of the sheath around nerve cells, a process known as myelination.

During the study, the investigators looked at iron intake among women in California participating in the Childhood Autism Risks from Genetics and Environment Study from 2003 to 2009. They asked the women about the vitamins and other nutritional supplements they took and the breakfast cereals they ate (some are iron fortified) during the period beginning three months before pregnancy and through breastfeeding. They also checked the frequency, dosage and brands of the supplements the women took.

The team found that iron intake among women whose babies had autism was lower than it was among mothers whose children were developing normally, especially in the months before pregnancy and early in pregnancy. The study also found the risk of autism was also higher in the children of obese women, as well as those with high blood pressure or diabetes.