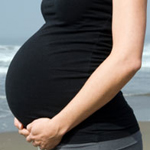 It may turn out to have some merit. In 2008, researchers at the University of Exeter in England published a study showing that women who had "the highest energy intake" – meaning calories – before pregnancy were more likely to have boys than women who consumed fewer calories. The study showed no link between food consumption during pregnancy and the sex of the child.

While the difference wasn’t extremely large (56 percent of women whose caloric intake was highest had sons compared with 45 percent of women who consumed fewest calories), the researchers said this could be enough to explain the diminishing birthrate of boys in England, the United States and other industrialized nations over the past 40 years.

Researchers also said that the influence of diet they saw was 10 times greater than earlier findings, which suggested that couples who already had boys were significantly more likely to have more boys with each successive pregnancy.

These findings don’t change the fact that the contribution of either an X or Y chromosome by the father’s sperm genetically determines the sex of the child. If the findings of the British study hold true, the influence of diet would be to create conditions in the mother’s body that favor sperm carrying a particular chromosome and successful development of  one sex over the other.

The research team followed 740 women pregnant for the first time who didn’t know the sex of their babies. The women provided records of what they ate before and during the early weeks of their pregnancies. This kind of recall doesn’t yield the most accurate information about diet, but based on the women’s recollections, researchers estimated the number of calories each first-time mother habitually consumed. They found that the food most closely associated with higher caloric intake was breakfast cereal: women who ate more than one bowl of cereal per week were 1.87 times more likely to have a boy than women who ate cereal once a week or less. The women whose caloric intake was highest also consumed a wider range of nutrients, including potassium, calcium and vitamin C, vitamin E and vitamin B12.

Earlier research has suggested that higher levels of blood sugar (glucose) favor the growth of male embryos. The British researchers suggested that glucose levels would be lower in women who habitually skip breakfast or who limit the amount they eat generally and hypothesized that the body may perceive this as a sign that the availability of food isn’t optimal for males. They added that even overweight or obese women could be affected since recent food intake, not the body’s fat stores, is a bigger influence on glucose levels. Studies have shown that in many animals, more males than females are born to mothers that have plentiful resources or rank high in the group, the researchers noted.

If you’re planning a pregnancy, be sure to eat a healthy, balanced diet and take folic acid before trying to conceive and during pregnancy, to lower the risk of certain birth defects. Your diet prior to pregnancy may influence whether you have a boy or girl, but the findings of the British study suggest that the odds are still pretty close to 50-50, so I wouldn’t count on it.