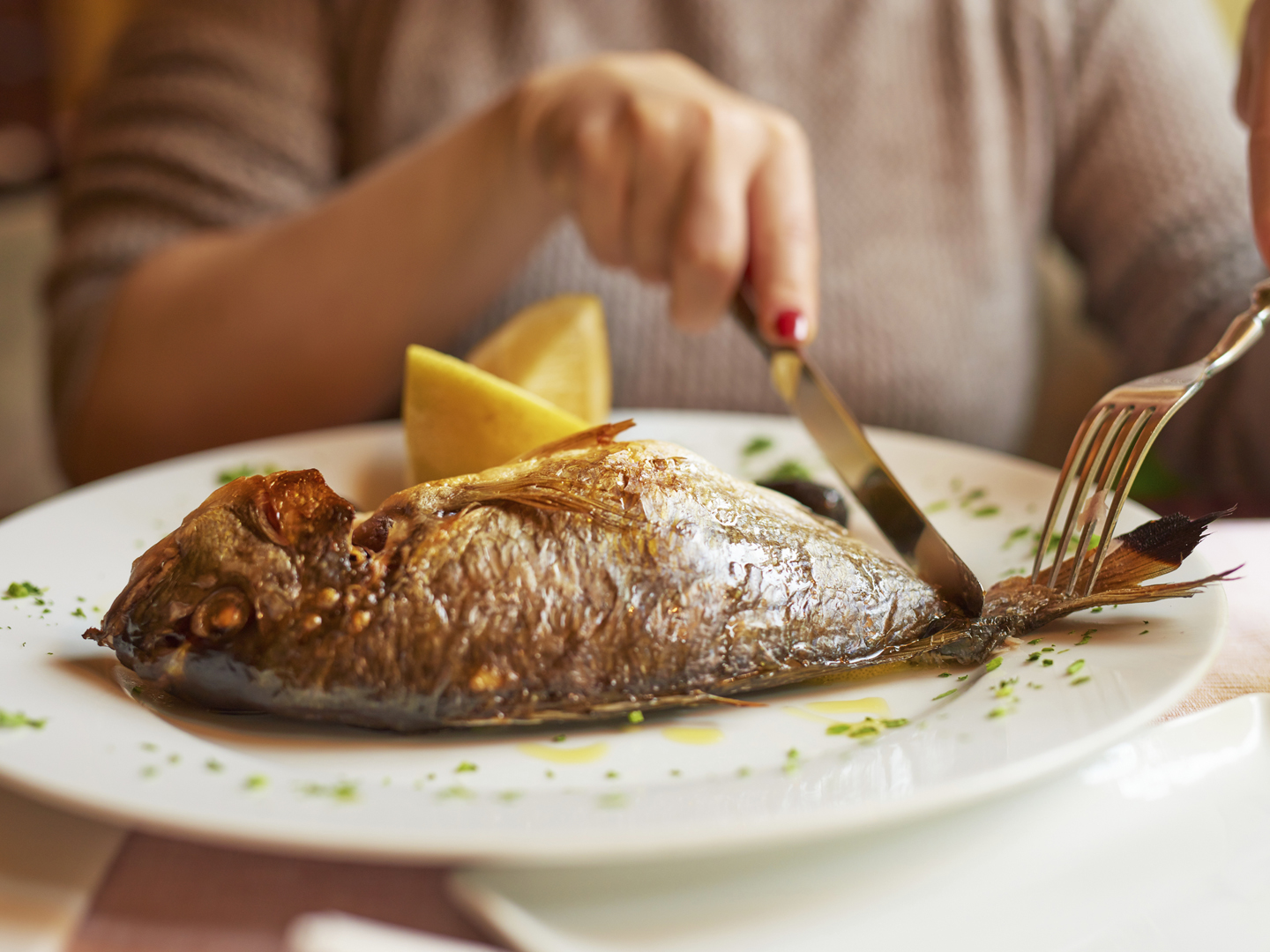 You certainly should eat fish while pregnant. The omega-3 fatty acids in cold water fish such as wild salmon, sardines, herring, and black cod are vital for healthy development of a baby’s brain and nervous system. Research now suggests that the benefit to a baby’s neurological health from omega-3s appears to far outweigh the potential for harm from small amounts of mercury in fish tissues.

A study published in the February 17, 2007, issue of The Lancet compared the children of women who ate no fish in pregnancy to those who ate up to 12 ounces per week and to those who ate more than 12 ounces per week. The research team, headed by Joseph R. Hibbeln, M.D., active chief of the Section of Nutritional Neurosciences at the National Institute on Alcohol Abuse and Alcoholism, and perhaps the world’s leading authority on the relationship between fat consumption and mental health, found that the children whose mothers avoided fish had nearly double the risk of a low IQ at age eight. This was measured very carefully in tests designed to focus on the amount of fish in the mothers’ diets, not on their social or economic status or educational levels. The children who did the best in the IQ testing were those whose mothers ate more than 12 ounces of fish per week while pregnant.

Here’s what Dr. Hibbeln says about the dangers of mercury in fish: “If you look at the entire diversity of methyl mercury in women in the United States, the effects … may be less than one IQ point, from the lowest (intake) to the highest.” The effect of omega-3 deficiency as a result of avoiding fish is far more dramatic: a drop of five or six IQ points.

I discussed this issue with Jacquelyn Paykel, M.D., an obstetrician/gynecologist and integrative medicine specialist at the Medical College of Wisconsin. She said that she advises her patients to consume at least 12 ounces of seafood per week, six ounces of which can come from albacore tuna. Dr. Paykel noted that the benefits of DHA (docosahexaenoic acid) include improvements in visual, cognitive, motor and behavioral skills in newborns that last into childhood and may impact lifelong health and mental capacity. She tells her patients that ocean fish, including salmon, chunk-light tuna, sardines and mackerel meet the need for DHA and EPA (eicosapentaenoic acid also found in omega-3s) in pregnancy.

Pregnant or not, I think we all should be eating more fish. However, I suggest avoiding swordfish, marlin, shark and bluefish because they’re more likely than other species to contain dangerous levels of toxins, and I recommend albacore over other species of tuna.

I expand on this topic in my recent article from the Huffington Post: Pregnant? Eat Fish!