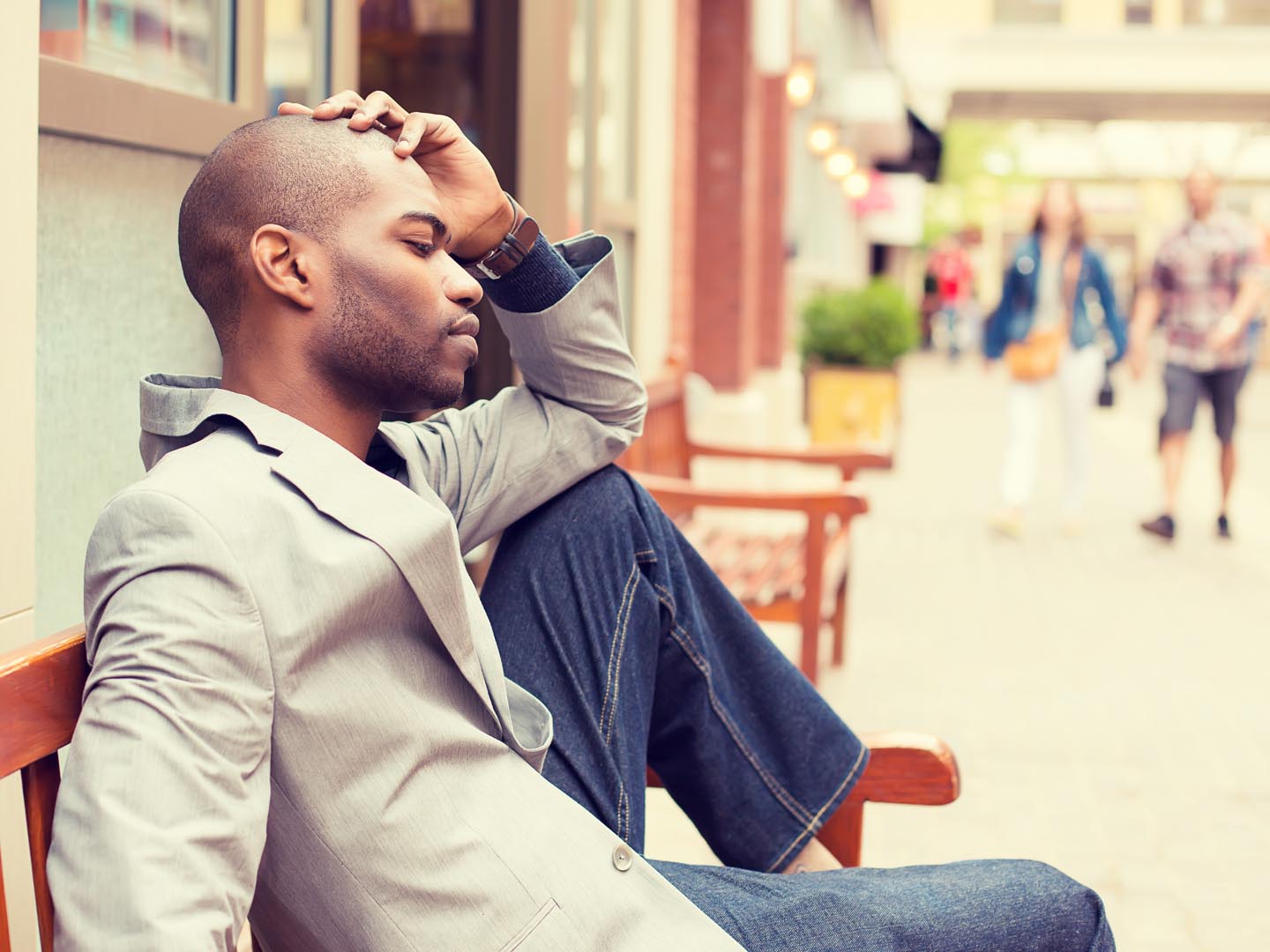 What is schizophrenia?
Schizophrenia is a severe and disabling mental disorder characterized by disordered perception and cognition and compromised contact with reality. Each year, schizophrenia affects one percent of the U.S. population over 18 years of age, and because many individuals with this disease have difficulty caring for themselves, it often falls to friends, families and society as a whole to provide for them. Those suffering from with schizophrenia frequently find themselves institutionalized or homeless as they withdraw from the world around them and retreat into a world of psychosis. Available treatments can relieve many of the disorder’s symptoms, but most people who have schizophrenia must deal with aspects of this condition for the rest of their lives. Fortunately, with more effective medications available, many people with schizophrenia can still lead rewarding and productive lives. Researchers are developing new treatments and research tools to understand the causes of schizophrenia, find ways to better treat and even prevent it.

What are the symptoms of schizophrenia?
Symptoms usually develop in men in their late teens or early twenties and women in their twenties and thirties, but in rare cases, they can appear before this, even in childhood. Symptoms typically include hallucinations, delusions, disordered thinking, movement disorders, emotionless speech and body language (known as “flat affect”), social withdrawal, and cognitive deficits.

The symptoms of schizophrenia fall into three broad categories. The first includes positive symptoms and involve unusual thoughts or perceptions including hallucinations (especially auditory hallucinations, such as hearing voices), delusions, disordered thinking, and disorders of movement. Negative symptoms comprise a loss or decrease in emotions or behavior; for instance, an inability to express emotions, speak or find pleasure in day-to-day events, or maintain interest in forming relationships with other people. Negative symptoms are harder to recognize and can often be mistaken for low motivation, laziness or depression. Finally, cognitive symptoms include problems with attention, concentration, certain types of memory, and “executive” functions that allow us to problem solve and plan and organize. Cognitive deficits can also be difficult to recognize as part of the disorder, but are the most disabling in terms of leading a normal life.

Schizophrenia symptoms can range from mild to severe. Some people may be able to function well in daily life, while others need specialized, intensive and often institutionalized care. In some cases, schizophrenia symptoms seem to appear suddenly. Other times, they may develop gradually over months or years, at first being barely noticeable.

Complications occur most often when schizophrenia is left untreated or when patients discontinue treatment. They can produce a range of behaviors that can have legal and social ramifications in addition to being damaging to mental, emotional and physical health. Schizophrenia may contribute to or be associated with suicide, self-destructive behavior, self-mutilation, substance abuse, depression, poverty and homelessness, relational discord, physical fights, inability to work or go to school, being involved in illegal activities, and having health problems that result from medication side effects, poor choices or addictive behaviors.

What are the causes of schizophrenia?
The cause of schizophrenia is unknown. However, scientists focus on the interrelationship between a genetic predisposition for the disease working with environmental pressures to ultimately manifest symptoms in susceptible individuals. Knowing that medications work on the neurochemical level to treat schizophrenia, it is certain that problems with brain chemistry, including the neurotransmitters dopamine and glutamate, contribute a key role. Neuroimaging studies show differences in the brain structure and central nervous system of people with schizophrenia as compared to those who don’t have the disease. While researchers aren’t certain about the significance of these changes or the interaction with these particular neurotransmitters, it still supports the theory that schizophrenia is indeed an abnormal condition of the brain.

While the condition affects about one percent of the population at large, in people who have close relatives with schizophrenia, the incidence is much higher – about 10 percent. Although the causal contributors to schizophrenia aren’t entirely understood, researchers have identified certain factors that seem to increase the risk of developing or triggering schizophrenia, including a positive family history, fetal malnutrition or viral infections, taking psychoactive medications as an adolescent, having an older father, and being exposed to tremendous stress at an early age.

What is the conventional treatment of schizophrenia?
Antipsychotic medications have been available since the mid-1950s. These drugs are thought to help control symptoms by acting on the brain neurotransmitters dopamine and serotonin. While these drugs have greatly improved the lives of many patients, they do not cure schizophrenia, and these older pharmaceuticals can cause serious and debilitating side effects. In addition, individuals respond quite differently to these medications, often requiring different trials of single and combination agents before the right regimen is found.

This first generation of antipsychotic medications include chlorpromazine (Thorazine), haloperidol (Haldol), perphenazine (Trilafon), and fluphenzine (Prolixin). These medications have frequent and potentially severe side effects, which include involuntary jerking movements (a condition known as tardive dyskinesia), rigidity, persistent muscle spasms, tremors, and restlessness.

In the 1990s, a new class of drugs, called atypical antipsychotics, were developed that rarely produce the side effects of older medications. They are, however, much more expensive than their older relatives. The first of these new drugs was clozapine (Clozaril). It is quite effective in even severe cases; however, it can cause a serious decrease in white blood cell counts, which can pose a danger to the immune system. As a result, patients on the medication need regular blood work every 1-2 weeks. This inconvenience along with the drug’s cost often makes its use difficult.

Other drugs developed in this category include risperidone (Risperdal), olanzapine (Zyprexa), quietiapine (Seroquel), and ziprasidone (Geodon). They are effective, rarely produce side effects like the older medications, and do not have the effect on white blood cells that Clozaril does. Like the older drugs, however, there is individual variation in how people respond. Although agitation and hallucinations usually improve within days and delusions usually improve within a few weeks, many people  notice substantial improvement in all symptoms – even the cognitive ones – by the sixth week of treatment. Risperidone is the only atypical antipsychotic that has an FDA-approved indication to treat schizophrenia in children younger than 17 years old.

Patients using these medications may initially experience drowsiness, positional vertigo or dizziness, blurred vision, changes in heart rate or blood pressure, sensitivity to the sun and other skin rashes. Many of these symptoms improve or disappear with continued use. Driving is not recommended until the optimum regimen is found and a patient has adjusted to the medication. Long-term side effects of taking atypical antipsychotics include weight gain, an increased risk for diabetes and elevations in blood pressure and cholesterol.

If people with schizophrenia have additional anxiety or depression, it may be necessary to add other medications to their drug regimen. Antidepressants and drugs that relieve anxiety are often used in conjunction with an antipsychotic. No antipsychotic medication should be discontinued without a physician’s approval, and if the dosage is reduced or stopped, it should be done in a tapering fashion under a doctor’s supervision.

Although medications are the cornerstone of schizophrenia treatment, psychotherapy and other psychosocial treatments also are important. Numerous studies have found that these social interventions can help patients who are already stabilized on their medications to deal with difficulties communicating and relating to others, motivating themselves, having proper self-care and autonomy and living productively. These treatments may include individual psychotherapy or cognitive-behavioral therapy, vocational training, substance abuse treatment, family therapy, and other support groups to help advocate for the special needs of patients and families with schizophrenia.

What therapies does Dr. Weil recommend for schizophrenia?
Although conventional therapy can often have unpleasant side effects, it is advisable to find a drug regimen that effectively addresses symptoms and minimizes problems. Dr. Weil suggests actively seeking a psychiatrist who can create an integrative treatment plan, one that focuses on using conventional therapies that produce the least side effects along with the following suggestions: