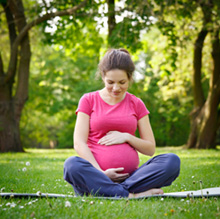 (To deal with depression, including postpartum depression,) "…follow a well-balanced diet and include a multi-vitamin/mineral supplement to ensure you are meeting your nutritional needs for all the essential nutrients. … Numerous studies have shown that exercise is a very effective method for decreasing depression as it helps to improve your mood and boosts self-confidence. … Find a mental health counselor who can help you get to the root of your depression and facilitate recovery." — Dr. Andrew Weil

The term "Postpartum Depression" describes the range of physical, emotional and behavioral changes that many new mothers experience following the delivery of their babies. Symptoms of this condition can range from mild to severe. A new mother’s depression may be a mild, brief bout of &quot;baby blues&quot;; or she may suffer from postpartum depression, a much more serious condition. In some cases, new mothers may have postpartum psychosis, a relatively rare but severe and incapacitating illness.

The mildest and most frequent form of postpartum depression is commonly referred to as the "Baby Blues" and is occurs in 40 to 85 percent of deliveries. Symptoms arise spontaneously during the first 10 days postpartum, and tend to peak around 3 to 5 days. Although symptoms are distressing, they are transient and are resolved within 24 to 72 hours. Typical symptoms are depressed mood, anxiety, excessive worry, irritability, confusion, crying spells, sleep and appetite disturbances and lack of feeling for the baby.

The onset of postpartum depression frequently begins within 4 weeks after delivery but can occur several months later. Symptoms must be present for at least 2 weeks and must affect the mother’s ability to function in order to be so diagnosed. Postpartum depression occurs in 10 to 15 percent of all deliveries and in 26 to 32 percent of adolescent deliveries. The majority of patients still suffer from symptoms 6 months after onset and when untreated up to 25 percent of patients are depressed one year later.

Events that predispose a woman to postpartum depression are:

Symptoms reported for postpartum depression are:

Postpartum or puerperal psychosis occurs in at a rate of 1 to 2 of every 1,000 deliveries. Symptoms usually occur within the first 4 weeks postpartum but can manifest anytime up to 90 days after delivery. It is characterized by a rapid and severe onset. Women with this disorder are severely impaired and suffer from delusions and hallucinations and are at risk for suicide and/or infanticide.

While several possible biological, psycho-social and cultural theories have been investigated, the exact causes of Postpartum Depression are unknown.

Biological
Postpartum dysregulation of the thyroid gland has been considered as another possible cause of depression. This condition is also linked to fatigue. The thyroid gland regulates several hormones and drops production dramatically after birth. It returns to normal functioning in three sequential stages. The first stage, which can last from 3 to 6 months, is hyperthyroidism where the thyroid goes into overdrive and results in anxiety and insomnia. The second phase is hypothyroidism where production is slowed. During this phase a woman experience lethargy and weight gain. The final stage in recovery is when output reaches pre-pregnancy levels. Investigations into the relationship between thyroid dysregulation and postpartum depression have yielded contradictory results and no firm link between the two has been demonstrated. As a result, treatment is considered only when symptoms are severe enough to interfere with daily living.

The role that specific hormones may play in the development of postpartum depression has attracted considerable scientific research. Hormones levels change dramatically during pregnancy, delivery and the postpartum period. Researchers are examining a possible relationship between sudden shifts in the levels of these hormones and postpartum depression.

The absence of any clear link between hormones and postpartum depression have led some researchers to conclude that causality may be found in social or psychological factors.

Psycho-Social
Psycho-social and emotional factors seem to be related to postpartum depression to the extent that they act as stressors and impact a woman’s self-esteem. New mothers are concerned about levels of support and prolonged postpartum depression is linked to a lack of social support.

Lack of sleep and fatigue are common complaints made by new mothers. Giving birth is an arduous process that taxes a woman’s strength. It can take several weeks for the mother to regain normal strength. A cesarean delivery is major surgery and requires even longer recovery time. Add to these the responsibility of caring for a baby around the clock, as well as attending to other household duties, and it is almost impossible for a woman to get adequate rest. The resulting fatigue may increase a woman’s vulnerability and be an added risk factor for depression.

Another major factor in postpartum depression is lack of support from others. A new mother needs comfort and support during pregnancy and after delivery. She also needs help with household chores and with childcare. Such support may be lacking for a single mother or for a woman whose family lives far away.

The changes in the role for women and mothers may be related to the sense of "inadequacy" reported by new mothers. There is some evidence that women with depression view these changes differently than non-depressed women.
The mother’s attitude toward her pregnancy may be important when evaluating risk. It is common for a woman to feel doubt about the pregnancy. This may be particularly so when the pregnancy is unplanned. A greater incidence of depression is reported among women who were ambivalent about the pregnancy.

Weight gain during pregnancy affects both self-esteem and risk of depression. It can cause a new mother to doubt her physical attractiveness and sex appeal.

Mixed feelings sometimes arise from a woman’s past. She may have lost her own mother early or had a poor relationship with her. This might cause her to be unsure about her feelings toward her new baby. She may fear that caring for the child will lead to pain, disappointment or loss.

Feelings of loss, such as loss of freedom and control over her life, are common after having a baby and can add to depression.

Breast-feeding problems can make a new mother feel depressed. New mothers need not feel guilty if they cannot breast-feed or if they decide to stop. The baby can be well nourished with formula.

Women who have their babies by cesarean birth are likely to feel more depressed and have lower self-esteem than women who had spontaneous vaginal deliveries.

Mothers with pre-term babies often become depressed. An early birth results in unexpected changes in home and work routines and is an added stressor. And the birth of a child with a birth defect can make adjustment even more difficult for the parents.

The length of time the mother spends in hospital also may be related to her emotional well-being. There is evidence that early discharge increases the risk of developing postpartum depression.

The birth of a first child is a particularly stressful event for the new mother and seems to have a greater relationship to depression than does the birth of a second or third child.

Cultural Aspects
Cross-cultural studies indicates that the incidence of postpartum depression but not psychosis is much lower in non-Western cultures. These cultures seem to provide the new mother with a level of emotional and physical support that is largely absent in western society. In the more traditional cultures there is greater recognition of the demands of motherhood and it provides the new mother with assistance and support. Thus, the new mother is assured that the discomfort that she is experiencing will pass and that she will not have to face those feelings alone. In contrast, several researchers have reported on the absence of such support in America. One study reported that only 18 percent of new mothers receive more than two weeks’ assistance with housework and only 20 percent reported help with childcare beyond the first week.