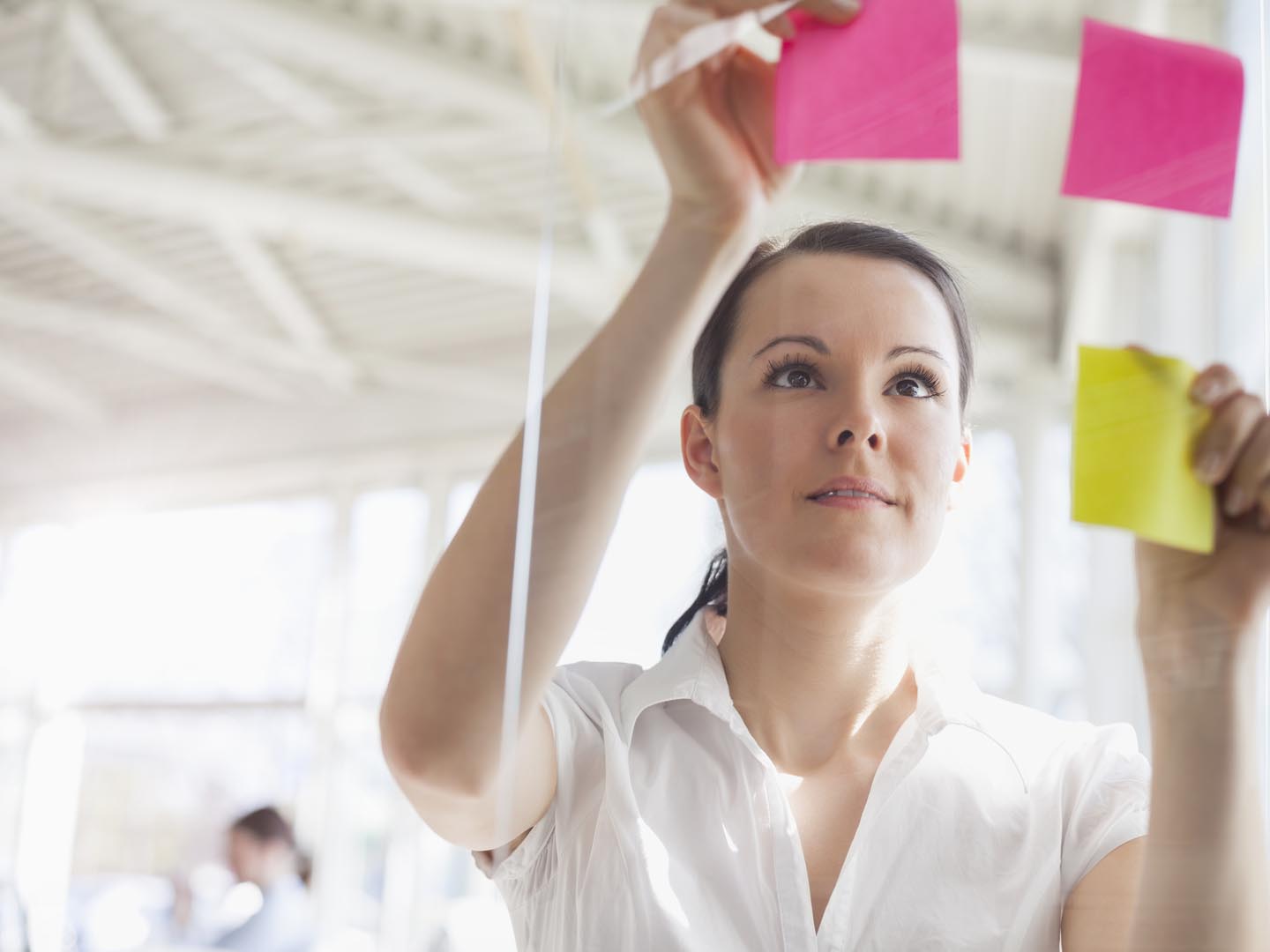 What is obsessive-compulsive disorder (OCD)?
Obsessive-compulsive disorder (OCD) is one of the anxiety disorders. It is a potentially crippling and chronic condition. The individual who suffers from OCD is caught in a cycle of repetitive thoughts and behaviors that even they often realize are senseless and distressing but that remain extremely difficult to defeat. For many years, mental health professionals thought of OCD as uncommon because only a fraction of their patients had the condition. The disorder often went unrecognized because many of those afflicted with OCD, in efforts to keep their repetitive thoughts and behaviors hidden, failed to seek help. This led to underestimates of the number of people with the illness. However, a survey conducted in the early 1980s by the National Institute of Mental Health (NIMH) – the Federal agency that supports research nationwide on the brain, mental illnesses and mental health – provided insight about the prevalence of OCD. The NIMH survey showed that OCD affects more than 2 percent of the population, meaning that OCD is more common than schizophrenia, bipolar disorder or panic disorder. OCD strikes people of all ethnic groups. Males and females are equally affected.

People with OCD should not be confused with a much larger group of individuals who are sometimes called “compulsive” – they hold themselves to a high standard of performance and are perfectionists and very organized in their work and even in recreational activities. This type of “compulsiveness” often serves a valuable purpose, contributing to a person’s self-esteem and success on the job. In that respect, it differs from the obsessions and rituals of the person with OCD, which interfere with daily life.

What are the varieties fo OCD?
OCD occurs in a spectrum from mild to severe, but if severe and left untreated, it can limit a person’s capacity to function.

What are the causes of OCD?
The old belief that OCD was the result of life experiences has been weakened before the growing evidence that biological factors are a primary contributor to the disorder. The fact that OCD patients respond well to specific medications that affect the neurotransmitter serotonin suggests the disorder has a neurobiological component. The search for causes now focuses on the interaction of neurobiological factors and environmental influences, in addition to cognitive processes.

In an effort to determine biological factors that may influence the onset or persistence of OCD, NIMH-supported investigators have used a device called the positron emission tomography (PET) scanner to non-invasively study the brains of patients with OCD. Several groups of investigators have obtained findings from PET scans suggesting that OCD patients have patterns of brain activity that differ from those of people without mental illness or with some other mental illness.

Other theories about the causes of OCD focus on the interaction between behavior and the environment and on beliefs and attitudes, as well as how information is processed. These behavioral and cognitive theories are not incompatible with biological explanations.

Who is likely to get OCD?
Although OCD symptoms typically begin during the teenage years or early adulthood, some children develop the illness at earlier ages, even during the preschool years. Studies indicate that at least one-third of cases of OCD in adults began in childhood. Suffering from OCD during early stages of a child’s development can cause major problems for the child. It is important that the child receive evaluation and treatment by a knowledgeable professional to prevent the child from missing important opportunities due to OCD. Symptoms of OCD are occasionally seen in association with some other neurological disorders.

There is an increased rate of OCD in people with Tourette’s syndrome, an illness characterized by involuntary movements and vocalizations. Investigators are currently studying the hypothesis that a genetic relationship exists between OCD and the tic disorders. Other illnesses that may be linked to OCD are trichotillomania (the repeated urge to pull out scalp hair, eyelashes, eyebrows or other body hair), body dysmorphic disorder (excessive preoccupation with imaginary or exaggerated defects in appearance), and hypochondriasis (the fear of having a serious disease despite medical evaluation and reassurance to the contrary). Ongoing genetic studies of OCD and other related conditions may enable scientists to find the molecular basis of these disorders.

What are the symptoms of OCD?
OCD is sometimes accompanied by depression, eating disorders, substance abuse disorder, personality disorders, attention deficit disorder, or another of the anxiety disorders. Coexisting disorders can make OCD harder to diagnose and treat.

Obsessions are unwanted ideas or impulses that repeatedly well up in the mind of the person with OCD. Persistent fears that harm may come to self or a loved one, an unreasonable concern with becoming contaminated, or an excessive need to do things correctly or perfectly are common. Again and again, the individual experiences a disturbing thought, such as, “My hands may be contaminated – I must wash them,” “I may have left the gas on.” or “I am going to injure my child.” These thoughts are intrusive, unpleasant and produce a high degree of anxiety. Sometimes the obsessions are of a violent or a sexual nature, or concern contracting an illness.

In response to their obsessions, most people with OCD resort to repetitive behaviors called compulsions. The most common of these are washing and checking. Other compulsive behaviors include counting (often while performing another compulsive action such as hand-washing), repeating, hoarding, and endlessly rearranging objects in an effort to keep them in precise alignment with each other. Mental problems, such as mentally repeating phrases, list-making or checking are also common. These behaviors generally are intended to ward off harm to the person with OCD or others. Some people with OCD have regimented rituals while others have rituals that change. Performing rituals may give the person with OCD some relief from anxiety, but it is only temporary. People with OCD show a range of insight into the senselessness of their obsessions. Often, especially when they are not actually having an obsession, they can recognize that their obsessions and compulsions are unrealistic. At other times they may be unsure about their fears or even believe strongly in their validity.

Most people with OCD struggle to banish their unwanted, obsessive thoughts and to prevent themselves from engaging in compulsive behaviors. Many are able to keep their obsessive-compulsive symptoms under control during the hours when they are at work or attending school. But over the months or years, resistance may weaken, and when this happens, OCD may become so severe that time-consuming rituals take over the sufferers’ lives, making it impossible for them to continue activities outside the home.

OCD sufferers frequently attempt to hide their disorder rather than seek help. Often they are successful in concealing their obsessive-compulsive symptoms from friends and coworkers. An unfortunate consequence of this secrecy is that people with OCD usually do not receive professional help until years after the onset of their disease. By that time, they may have learned to work their lives – and family members’ lives – around the rituals.

How is OCD diagnosed?
The person’s own description of the behavior usually leads to diagnosis of the disorder. A physical exam is performed to rule out physical causes, and a psychiatric evaluation is given to rule out other psychiatric disorders. Questionnaires, such as the Yale-Brown Obsessive Compulsive Scale, can help diagnosis OCD and track improvement.

What is the conventional treatment of OCD?
OCD is treated using medications and psychotherapy. The first medication considered is usually a type of antidepressant called selective serotonin reuptake inhibitors (SSRI). These drugs include fluvoxamine (Luvox), fluoxetine (Prozac), sertraline (Zoloft), paroxetine (Paxil), and citalopram (Celexa). If an SSRI does not work, an older antidepressant called clomipramine may be prescribed. Clomipramine is the oldest medication treatment for OCD. It works better than SSRI antidepressants in treating the condition, but it has unpleasant side effects, including sleepiness, difficulty starting urination, dry mouth, and a drop in blood pressure when rising from a seated position.

In some cases, an SSRI and clomipramine may be combined. Other medications such as benzodiazepines may offer some relief from anxiety, but they are generally used only with the more reliable treatments Psychotherapy is used to reduce anxiety, resolve inner conflicts, and provide effective ways of reducing stress.

Behavioral therapies may include:

What therapies does Dr. Weil recommend for OCD?
Each of the following may have value:

How can OCD be prevented?
There is no known prevention for this disorder, although treatment can prove extremely helpful in managing OCD.