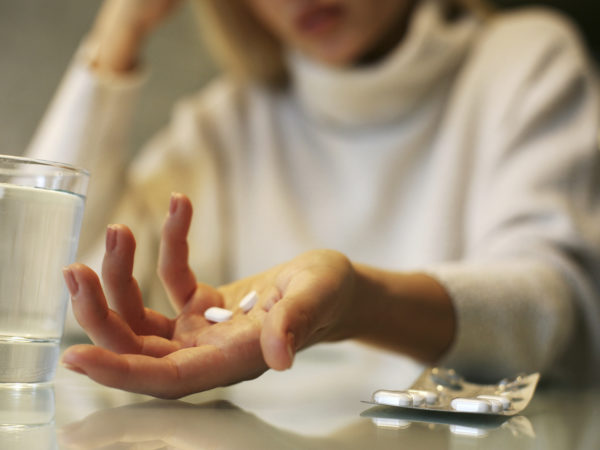 Yes, it probably would be fine to take calcium supplements in order to reduce your risk of bone thinning as long as you take them with lunch and dinner and follow some simple dietary suggestions that will help reduce your risk of kidney stone formation. That calls for some clarification, so bear with me while I explain what has been learned recently about the association between calcium supplements, diet and kidney stone formation.

Kidney stones form when urine becomes highly concentrated and the calcium oxalate it contains crystallizes (both the calcium and the oxalate come from the diet). The resulting stones then pass out of the body but en route can cause severe pain (usually in the lower back, flank and groin), difficulty urinating, blood in the urine, nausea and, sometimes, fever.

The best way to avoid kidney stones is to drink lots of water, at least six to eight glasses daily. The water dilutes the urine, reducing the risk of crystallization. You also should avoid food containing oxalate so that there will be less of it to join with calcium and form calcium oxalate. Foods high in oxalate include spinach, beet greens, nuts, chocolate, and strawberries.

Calcium itself isn’t a problem as far as kidney stones are concerned. In fact, studies have shown that the more calcium-containing foods you eat, the lower your risk of kidney stones. This was confirmed during a 12-year study involving 91,731 nurses between the ages of 34 and 59, none of whom had had kidney stones at the outset. During the 12 years of the study, 864 of the nurses developed kidney stones for the first time (that averages out to about one of every 1,000 participating). The researchers found that the higher the intake of dietary calcium, the less chances the nurses had of developing stones. However, among the nurses who calcium intake was high and who also took calcium supplements, the risk of developing kidney stones was 20 percent greater than normal.

The researchers who conducted the nurses – study speculated that calcium supplements were associated with a higher risk of kidney stones because many of the nurses took the supplements without food or at breakfast, the meal least likely to contain foods with oxalates. As a result, the calcium couldn’t bind with oxalate in the intestines, increasing chances that both will be present  – and available to crystallize — in the urine. They theorized that taking supplements with lunch or dinner increases the chances that calcium and oxalate will bind in the intestine, reducing the risk of stone formation.

True, the “timing”theory is just that – a theory, but most experts think that the suggestions are worth a try and unlikely to backfire and result in kidney stone formation.

Since you have a history of kidney stones, be sure to drink lots of water and follow these dietary suggestions to reduce your risk of a recurrence: